The global sea level has risen roughly 20cm (8 inches) over the past century and is already causing problems for communities in low-lying areas. Only a little of this has so far been caused by melting ice; most comes from the expansion of oceans as they warm. But researchers warned that this would change in the future if Antarctica’s ice sheets began falling into the sea. Antarctica’s two ice sheets, east and west, cover an area the size of the contiguous US and Mexico combined and would raise the seas 60 metres (196ft) if lost completely, according to the US National Snow and Ice Data Centre.

A team of researchers has found that steep cuts to emissions during the next decade are the only way to avoid a catastrophic collapse of Antarctic ice sheets and associated sea-level rise that will continue for thousands of years. The study, published in the journal Nature on Wednesday, found that should the global temperature increase to around 3C (5.4F) above the pre-industrial era then the ice shelves that hold back the giant continental ice sheets would be lost over the next few centuries.

This would trigger a collapse that would go on for thousands of years, raising sea levels by 0.6 metres to 3 metres (2-10ft) by the year 2300 depending on how high manmade greenhouse gas emissions remain. Our descendants living in the year 5000 will continue to suffer the consequences of today’s fossil fuel burning, as sea levels continue to rise up to 9 metres (30ft) above current levels.

However, the results leave a narrow opening through which humanity can slip. If temperatures remain within 2C (3.6F), the collapse of the shelves will stabilise and the sheets will remain mostly intact. Sea-level rise from Antarctica would remain within 23cm (9 inches) by 2300. To achieve this, the authors said the world will have to follow the Intergovernmental Panel on Climate Change’s (IPCC) lowest emissions scenario. This requires global emissions to peak around 2020 and decline to below zero by 2100.

The new study “ultimately confirms the suspicions of earlier glaciologists that the fate of ice shelves largely determines whether Antarctica contributes less than 1 metre or up to 9 metres to long-term sea-level rise”, wrote the California Institute of Technology scientist Alexander Robel in an accompanying comment piece in Nature.

In 2014, professor Eric Rignot, a senior researcher at Nasa, made the dramatic finding that the west Antarctic ice sheet and its 4 metres (13ft) worth of sea-level rise had already started slipping away. He said the paper’s assertion that the loss of this ice sheet could be stopped was “hardly believable” because the projections lacked reliable modelling of ocean circulation and iceberg calving. He said the loss of the West Antarctic sheet was “inevitable”; the only thing humans could control was how fast it goes.
“Whether we control our emissions or not will only matter in terms of how fast we get there. I find it disheartening that we are still talking about 2C above pre-industrial as a ‘reasonable’ target when we already passed the threshold for a large share of the ice sheets,” he said. “It is counterproductive to give the impression that we have to figure out a way out of carbon soon, when we really need to do this yesterday,” he said. 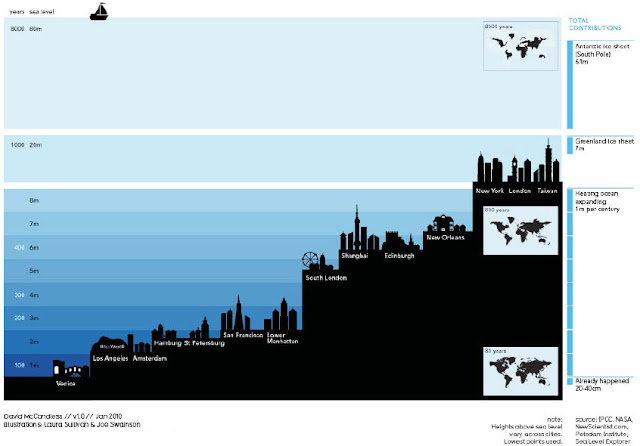