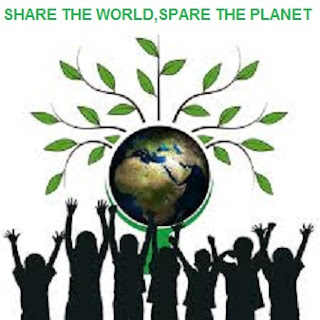 Raj Patel is the author of Stuffed and Starved: Markets, Power and the Hidden Battle for the World’s Food System, and has an article in The Guardian which contains many pertinent points.

"...Scratch the surface of a bar of chocolate, a tuna sandwich, or even a chicken nugget, and you find the horrors of international trade: violence, exploitation, poverty and profit. Capitalist logic is everywhere the same, but countries are capitalist in their own ways..."

"...The legacy of the United States’ founding racial territorial conquest and domination can be read off the Department of Labor’s occupational data. In 2020, the whitest and most racially segregated job in this settler state was the appraising of property (96.5% of appraisers are white), and the second whitest was managing a farm (96.3%). It is hardly a coincidence that the largest farmland owner in the United States is one of the country’s richest men: Bill Gates..."

"...In the United States, the legacy contradictions within the food system are particularly acute. Seven out of the 10 worst-paying jobs in America are in the food system, and women are overrepresented in them. Nearly a third of families headed by single mothers are likely to be food insecure, and food insecurity is systematically higher in communities of people of colour..."

"...Tipping was a European feudal relic imported to the United States by the well-travelled Victorian-era American upper class. Initially, it was widely reviled. Even as late as 1905, it was possible to find restaurants in St Louis with signs in the window announcing “No tipping! Tipping is not American.”

Tipping stuck in the United States because it helped keep employers’ wage bill low, and fit with racist sentiments like those of journalist John Speed who wrote, “Tips go with servility, and no man who is a voter in this country is in the least justified in being in service.” The Pullman car company hired Black men from the south to work because “he is more adapted to wait on people and serve with a smile”. The minimum wage for tipped employees hasn’t increased since 1991 – it’s still $2.13 an hour...Tipping was resisted not just by those in the US who considered it an insidious European import. Workers read it correctly as an opportunity for bosses to lower wages. In 1911, the International Hotel Workers Union “demanded higher wages and no necessity of depending on tips”. When the Brotherhood of Sleeping Car Porters was organized in 1925, in defiance of the Pullman Company, one of its first orders of business of this first Black trade union was to petition for a ban on tipping."

"...Through treaties at the World Trade Organization, and through Nafta, the US has done everything from generate an epidemic of diet-related disease in Mexico to decimate peasant food production in the global south. But the US is happy to blame the migrants fleeing the economic consequences of US agribusiness. And yet, the US continues to have a farm sector dependent on migrant labor..."

"...“Food justice” is a term that is intelligible only because oppressed and exploited communities have organized for redress against the predations of US capitalism. The US was made by finding ever lower labour costs, and workers always fought back. Food justice, and its opposite, are of a piece..."

"Although the myth of cowboys insists that they ranged alone, seldom hearing discouraging words, the truth was that they were exploited as a class and knew it. Wages were low and workers were frustrated by wage theft and underpayment. In 1883, they organized an illegal strike, one that spread from Texas to Wyoming. Timing their actions to the spring “harvest”, when investors were about to receive their profits, cowboys united to demand higher wages, better coffee, and the demand that cooks on the trail be paid as well as anyone else. For a while, they won, at least until 1888, when a combination of industry restructuring, anti-worker organizing by bosses, and brutal weather broke the back of worker militancy.

Further down the beef production chain, unions in Chicago’s squalid meatpacking industry were recruiting. In Upton Sinclair’s classic 1907 novel The Jungle, workers aren’t passive amid the filth and horrors heaped upon them. They strike back. For a while, it even looked like they might win sweeping change. The final sentences are a hymn to the inevitability of socialism in Chicago..."

"...Battles over food justice continue in the United States. A recent Guardian/Northwestern University investigation pointed to the persistent racial divide in the food system. In Texas, Black families reported hunger four times more often than white families, and in the week before Christmas 2020, 81 million people were food insecure..."

Full article can be read here