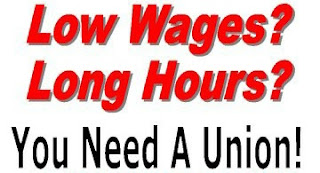 Amazon has defeated activists hoping to establish the company's first unionised warehouse in the US.

Workers at the Bessemer, Alabama warehouse voted 1,798 to 738 against the effort.

"Amazon has left no stone unturned in its efforts to gaslight its own employees," said Stuart Appelbaum, president of the Retail, Wholesale and Department Store Union (RWDSU), which organised the effort. "We won't let Amazon's lies, deception and illegal activities go unchallenged, which is why we are formally filing charges against all of the egregious and blatantly illegal actions taken by Amazon during the union vote."

It accused Amazon of interfering with the right of employees to vote in a "free and fair election", including by lying to staff about the implications of the vote in mandatory meetings and pushing the postal service to install a mailbox on company grounds in an effort to monitor the vote.

Rebecca Givan, professor of labour studies at Rutgers University, said she was not surprised by Amazon's win, given the outsize power employers have to fight union efforts under current US law.

"Employers have a huge advantage in these situations," she said. "They have almost unlimited money and almost unlimited access to the workers to bombard them with messages of anxiety and uncertainty and we see the result of that here."

Indeed, this organisation, the Socialist Equality Party, has always had an anti-trade union bias.

Our support for trade unions, has always been expressed as support for them when they are run and act on sound lines. Our guiding principle is it is the quality of the membership that makes a union effective, not necessarily its leadership or structure.

The WSM has come across their criticism long before SEP existed, back to our founding days when syndicalism and industrial unionism were popular and then later with the Bolshevik Red Unions.

Our blogs explores some of the history