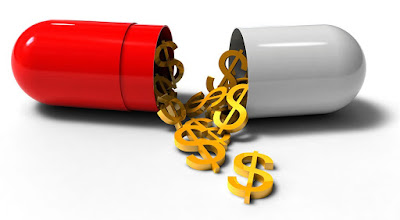 Pfizer, Johnson & Johnson, and AstraZeneca—three of the world's top coronavirus vaccine manufacturers—have paid out a combined $26 billion in dividends and stock buybacks to their shareholders over the past year, a sum that could fully fund the cost of inoculating Africa's entire 1.3 billion-person population.

Pfizer/BioNTech and Moderna are projecting revenues of $33.5 billion this year from their mRNA vaccines.

According to the People's Vaccine Alliance, "One of the reasons Pharma companies have been able to generate such large profits is because of intellectual property rules that restrict production to a handful of companies," alluding to an international agreement that bars generic manufacturers from replicating vaccine formulas.

Heidi Chow, senior campaigns and policy manager at Global Justice Now, said in a statement. "It's morally bankrupt for rich country leaders to allow a small group of corporations to keep the vaccine technology and know-how under lock and key while selling their limited doses to the highest bidder."

"Vaccine apartheid is not a natural phenomenon but the result of governments stepping back and allowing corporations to call the shots," said Anna Marriott, health policy manager at Oxfam International. "It is appalling that Big Pharma is making huge payouts to wealthy shareholders in the face of this global health emergency." She continued, "This is a public health emergency, not a private profit opportunity," Marriott said. "We should not be letting corporations decide who lives and who dies while boosting their profits. We need a people's vaccine, not a profit vaccine."

The soaring shares of vaccine makers has created a new wave of billionaires.

BioNTech founder Ugur Sahin is now worth $5.9 billion and Moderna CEO Stephane Bancel is worth $5.2 billion.

"Instead of creating new vaccine billionaires," Marriott observed, "we need to be vaccinating billions in developing countries."