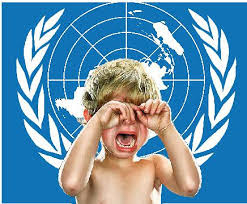 In the war of words between the war-mongers and the anti-war movement in the build-up to the Iraq invasion, the name Denis Halliday should not be forgotten. An interview with him posted on the Dissident Voice website is an informative read.

As an Assistant Secretary-General and the UN Humanitarian Coordinator in Iraq Denis Halliday saw at first hand the devastating impact of sanctions policy had had on the Iraqi population and he was eventually to resign his position when the UN Security Council refused to lift sanctions.

In his answers to the questions posed to him, Halliday exhibits what humanitarianism really means.

"...I think the United States and its populus, who vote these governments in, need to understand that the children and the people of Iraq are just like the children of the United States and England and their people. They have the same dreams, same ambitions of education and employment and housing and vacations and all the things that good people care about. We’re all the same people and we cannot sit back and think somehow, “We don’t know who they are, they’re Afghans, they’re Iranians, they’re Iraqis. So what? They’re dying. Well, we don’t know, it’s not our problem, this happens in war.” I mean, all that sort of rationale as to why this is unimportant.

And I think that aspect of life in the sanctions world continues, whether it’s Venezuela, whether it’s Cuba, which has been ongoing now for 60 years. People are not aware or don’t think in terms of the lives of other human beings identical to ourselves here in Europe or in the United States.

It’s a frightening problem, and I don’t know how it can be resolved. We now have sanctions on Iran and North Korea. So the difficulty is to bring alive that we kill people with sanctions. They’re not a substitute for war – they are a form of warfare..."

Halliday is asked "...how can the UN address the problem of a powerful, aggressive country like the United States that systematically violates international law and then abuses its veto and diplomatic power to avoid accountability?"

He answers, "I think the UN is doomed. The tragedy is that the five veto powers are the very member states that violate the Charter, violate human rights conventions, and will not allow the application of the ICC to their war crimes and other abuses. On top of that, they are the countries that manufacture and sell weapons, and we know that weapons of war are possibly the most profitable product you can produce. So their vested interest is control, is the military capacity, is interference. It’s a neocolonial endeavor, an empire in reality, to control the world as the way they want to see it. Until that is changed and those five member states agree to dilute their power and play an honest role, I think we’re doomed. The UN has no capacity to stop the difficulties we’re faced with around the world...The tragedy is that the decisions of the Security Council are binding decisions. Every member state has got to apply and respect those decisions. So, if you violate a sanctions regime imposed by the Council as a member state, you’re in trouble. The General Assembly resolutions are not binding."

Halliday spent 34 years as an UN official so his opinion of it and its future is to be valued.

"... in reality, the UN carries very little cachet nowadays to send a UN mission into a country like Myanmar or Afghanistan. I think we have no power left, we have no influence left, because they know who runs the organization, they know who makes the decisions. It’s not the Secretary-General. It’s not people like me. We are dictated to by the Security Council..."

"...The League of Nations failed, and the UN was the next best hope and we have deliberately turned our backs upon it, neglected it and distrusted it. When we get a good Secretary General like Hammarskjold, we murder him. He was definitely killed, because he was interfering in the dreams of the British in particular, and perhaps the Belgians, in Katanga. It’s a very sad story, and I don’t know where we go from here..." 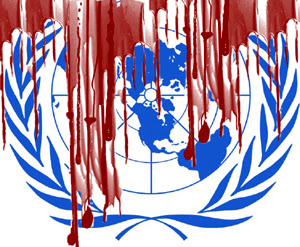 Posted by ajohnstone at 8:19 am