The autonomy of a woman's body 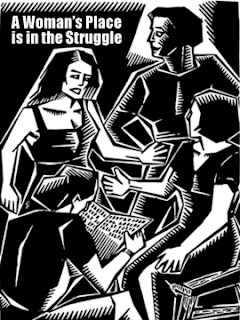 The UN Population Fund (UNFPA), has released a report highlighting the inability of women control their own bodies and be free from violence or coercion.

Nearly half of the world's women, in 57 countries, are denied the right to say yes or no to sex with their partner, use contraception or seek healthcare.

Dr Natalia Kanem, executive director of UNFPA, said such laws were “deeply wrong” and were “a way of subjugating women. The denial of rights cannot be shielded in law. ‘Marry your rapist’ laws shift the burden of guilt on to the victim and try to sanitise a situation which is criminal.” She explains, “The fact that nearly half of women still cannot make their own decisions about whether or not to have sex, use contraception or seek healthcare should outrage us all,” said Kanem. “In essence, hundreds of millions of women and girls do not own their own bodies. Their lives are governed by others.”

Dima Dabbous, director of Equality Now’s Middle East and Africa region, whose research is cited in the UNFPA report, said the laws reflected a culture “that does not think women should have bodily autonomy and that they are the property of the family. It’s a tribal and antiquated approach to sexuality and honour mixed together”.

More than 30 countries restrict women’s freedom outside the home.

“The denial of bodily autonomy is a violation of women and girls’ fundamental human rights that reinforces inequalities and perpetuates violence arising from gender discrimination,” said Kanem. “It is nothing less than an annihilation of the spirit, and it must stop.”