The Commission on Race and Ethnic Disparities Report 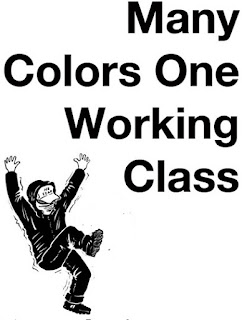 A report by the Commission on Race and Ethnic Disparities, published at the end of March, concluded that while racism and racial injustice still existed, geography, family influence, socioeconomic background, culture and religion all had a greater impact on life chances. The report said it did not find evidence of institutional racism in the areas it examined, such as policing and health.

The findings were also widely condemned by MPs, unions and equality campaigners as “divisive” and a missed opportunity for systemic change. Since its publication, at least 20 organisations and individuals who were listed as stakeholders in the report have distanced themselves from its findings.

The experts criticised the report’s focus on family structure to explain racial disparities, describing it as “a tone-deaf attempt at rejecting the lived realities of people of African descent and other ethnic minorities in the UK”. It said the report failed to provide any persuasive evidence for claims there was no institutional racism in the UK and instead cited dubious evidence.

“This attempt to normalise white supremacy despite considerable research and evidence of institutional racism is an unfortunate sidestepping of the opportunity to acknowledge the atrocities of the past and the contributions of all in order to move forward,” the statement added.

The experts alleged the report omitted analysis of institutional racism by international human rights experts, including the UN working group of experts on people of African descent’s 2012 review after its country visit to the UK, the 2016 concluding observations of the committee on the elimination of racial discrimination, and the UN special rapporteur on contemporary forms of racism’s report following her 2018 visit to the UK.

The UN body called on the government to reject the report and urged it to ensure the “accurate reflection of historical facts”, adding: “The distortion and falsification of [these] historic facts may license further racism, the promotion of negative racial stereotypes, and racial discrimination.” The UN experts behind the statement are the chair, Dominique Day, Ahmed Reid, Michal Balcerzak, Sabelo Gumedze and Ricardo Sunga III. The statement was endorsed by E Tendayi Achiume, the UN special rapporteur on contemporary forms of racism. The experts also criticised the report’s “mythical representation of enslavement” as an attempt to sanitise the history of the slave trade.

Posted by ajohnstone at 5:23 pm