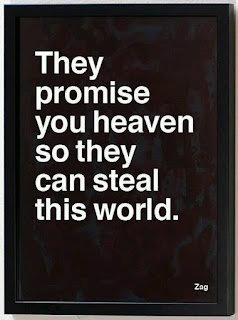 Hajj is one of the five pillars of Islamic practice. Every adult Muslim is required to perform hajj once in a lifetime if they can afford the journey. The Saudi royal family has been  profiting from Hajj and has turned Hajj into a lucrative business. Hajj is a huge asset for the Saudi economy, bringing in about $12 billion annually, and may catch up with oil as the country’s main economic asset. Hajj revenues are expected to reach $150 billion in 2022, according to economic experts.

The Saudi authorities have been attempting to convert Mecca from just a religious capital where pilgrims visit it every year in specific times to a luxury city where people would come for commercial reasons. The House of Saud has issued licenses for the construction of 500 hotels near the Grand Mosque in Mecca.

Mohammed roughly foretold the marketization of Hajj in one of his hadiths:

“In the Land of Invisible Women”, the British-American physician Qanta A. Ahmed writes that to some Saudi women “VIP Hajj meant…being waited on hand and foot and enjoying a sense of superiority over…dark-skinned maids from Mecca, poor women who had to work for a living and chose to make a few extra riyals in Hajj season.”

While the rich enjoy in their lavish quarters, poor pilgrims – mainly from Africa and South Asia – can be seen sitting, eating and sleeping adjacent to shopping complexes constructed near Kaaba.

Rosie Bsheer argues: “In Mecca…urban redevelopment plans centered on the complete overhaul of the city’s physical, cultural, social, and economic landscape. The multi-billion dollar mega projects have been replacing historical sites, cultural landmarks, and private properties in the neighborhoods circling Mecca’s Grand Mosque. Petro-resources, circulated through Saudi Arabian banks in the form of loans to contractors and Mecca’s real estate market, will turn Central Mecca into a collection of mixed-use developments comprising upscale international hotels and short-term and permanent residences, as well as state-of-the-art commercial facilities and markets..."

The Abraj Al Bait Complex project consists of hotels, malls and apartments, valuing $3 billion, with 15,000 housing units and 70,000 square meters of retail space. Mecca is fast becoming a “Vegas” for wealthy pilgrims, with a hotel that has four helipads, five floors for Saudi royalty, and 10,000 bedrooms on 45 levels, called Abraj Kudai. Along the western edge of the city, Jabal Omar Development has been constructed, a complex that will eventually accommodate 100,000 people in 26 luxury hotels – sitting on a large plinth of 4,000 shops and 500 restaurants, along with its own six-storey prayer hall.

Instead of making Hajj a more egalitarian experience for all Muslims, the Saudi royal family has squandered revenues on perpetrating massacres and wars in Muslim lands, such as the bombing of Yemen, the indirect attacks in Syria, Tunisia, Algeria, Libya, and Sudan.

In 2019, Libya’s Grand Mufti Sadiq al-Ghariani called for all Muslims to boycott the pilgrimage and went as far as stating that anyone who embarked on a second hajj was committing a sin, rather than a good deed.

A year earlier, the association of “Imams and Religious Leaders” in Tunisia released a statement calling upon Tunisians to boycott the pilgrimage, and urging would-be pilgrims to spend their money on disadvantaged groups in the country. The secretary general of the association, Fadil Achour, told Al-Jazeera that Saudi Arabia “spends Muslims’ money on wars against its neighbors rather than creating development opportunities.”

Posted by ajohnstone at 3:35 am