Lucrative pay and share options have created an incentive for oil company executives to resist climate action, according to a study by the Climate Accountability Institute that casts doubt on recent net-zero commitments by BP and Shell. Boardroom rewards also underpin a skewed corporate logic that is slowing the world’s path to decarbonisation, according to the study in the Energy Research and Social Science journal.

As public pressure and scientific evidence strengthened, the big four moved through the gears, the study asserts. “Business as usual” (pretending no problem existed) in the 1980s became “incremental adaptation” (casting doubt on the science as an excuse to move slowly) in the 1990s and early 2000s, and has today turned into “partial diversification” (accepting the science, but moving gradually towards long-term goals). Despite the change in tactics and public rhetoric, the long-term strategy was always the same: securing a social licence to extract oil and gas. All four companies plan to continue extracting fossil fuels after 2050.

Co-author of the paper, Dario Kenner of the University of Sussex, said Shell’s and BP’s recent announcement of a net-zero goal by 2050, and Exxon’s and Chevron’s endorsement of carbon pricing, should be seen as similar tactics. Kenner said: “When BP, Shell and others talk of net zero, they are trying to stay part of the decision-making process. They want to be in charge of the transition as much as possible so they can slow it down – that is the whole point of trying to convince society to trust them.”

Compensation packages for CEOs, often in excess of $10m (£7.2m), are linked to continued extraction of fossil fuels, exploration of new fields and the promotion of strong market demand through advertising, lobbying and government subsidies, the report says. The setup with executives runs counter to efforts around the world to keep global heating to 1.5-2C (2.7-3.6F) above pre-industrial levels.

Richard Heede,, a co-author of the paper, said:

“We show that executives have personal ownership of tens or hundreds of thousands of shares, which creates an unacknowledged personal desire to explore, extract and sell fossil fuels. That carbon mindset needs to be revised by realigning compensation towards success in lowering absolute emissions.”

The study tracks ExxonMobil, Chevron, Shell and BP – four of the biggest “carbon major” oil companies – since 1990. Executives had been told of the threat many years earlier, but instead of working on a transition to cleaner, safer forms of energy, they ramped up production, played down risks and adopted public relations campaigns that misleadingly presented oil companies as part of the solution rather than the source of the problem.

Between 1990 and 2019 the four companies made a combined profit of about $2tn. A minuscule fraction of these funds has been invested in low-carbon energy. ExxonMobil allocated 0.22% of its capital expenditure to low-carbon energy in the eight years until 2018. The share at Chevron was almost identical. Shell managed 1.3% and BP 2.3%. None were aligned with a 1.5C pathway, the report says.

Instead, the overwhelming bulk of the profits was either ploughed back into oil and gas extraction, invested in buying back shares, paid out in dividends to shareholders or used to lobby politicians, undermine climate science and pay for greenwashing advertisements. In the US, lobbying expenditures for the four companies totalled $731m between 1998 and 2019. Their corporate political donations in the US, stretching back to 1990, were worth $59m.

Kenner explained executive fortunes depended on continuing production and sales. The study examines the high levels of boardroom pay that motivate individuals to continue corporate practices that are destabilising the climate. At least seven executives received more than $10m in 2018, the most recent year covered by the study. Shell’s CEO, Ben van Beurden, was the top earner with $23,069,040. Stock options make up a growing share of that compensation, which the study authors say encourages executives to use profits for share buybacks rather than investment in renewable energy.

Heede said, “This paper shines a light on incentives in corporations that may not align with their public commitments to get to net zero by 2050.”

The paper concludes that oil and gas companies are ill-structured for decarbonisation at the speed and scale demanded by climate science.

The authors said Shell, and to a lesser degree BP, had increased low-carbon investments, but its measures were still insufficient to meet the 1.5C target without significant emissions overshoot. The US firms, they said, were much further behind in responding to the risks.

“Our study clearly shows why it is time to stop spending so much time being distracted by what these companies promise,” Kenner said. 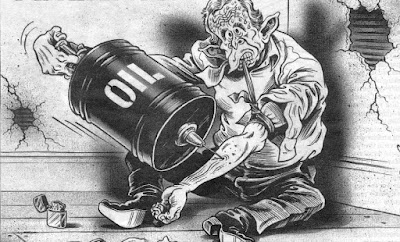