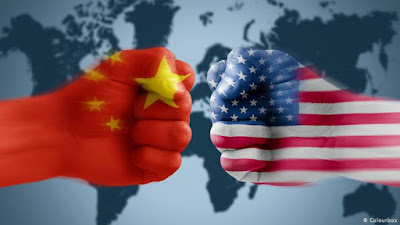 The five biggest spenders in 2020, which together accounted for 62% of military spending worldwide, were the United States, China, India, Russia and Britain in that order.

"We can say with some certainty that the pandemic did not have a significant impact on global military spending in 2020," Stockholm International Peace Research Institute investigator, Diego Lopes da Silva.

China's military expenditure, the second highest in the world, is estimated to have totalled $252 billion in 2020, a rise of 1.9% from the previous tear. Chinese military spending has risen for 26 consecutive years

Posted by ajohnstone at 9:10 am