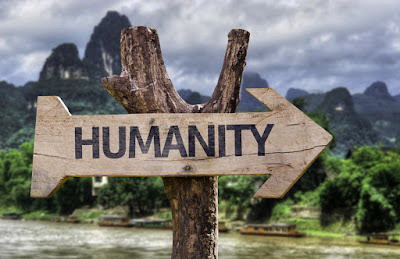 People who could be key witnesses to deaths in detention have been “deliberately” deported before they could give evidence.

Irene Nembhard of the London law firm Birnberg Peirce, who was involved in a case where the Home Office attempted to deport key witnesses, said: “These are black detainees and they are not being seen as valuable witnesses. This failure indicates institutional racism but also a failure to see people as people.”

A court ruling held Patel accountable for failures in ensuring that deaths in immigration detention centres were properly investigated. The ruling concerns two friends from Nigeria – Ahmed Lawal and Oscar Lucky Okwurime – who were in Harmondsworth detention centre when Okwurime was found dead in his cell in September 2019.

Although Lawal was a key witness, the Home Office attempted to deport him five days after his friend’s death – before he could provide any evidence for the inquest, which subsequently concluded Okwurime had died because of poor medical care.

Jamie Bell of Duncan Lewis solicitors, representing Lawal, told the Observer they were in contact with “multiple” witnesses who had expressed interest in providing evidence but who abruptly disappeared.

“We just don’t know what happened to them, but the Home Office did not identify any potential witnesses after the death,” he said. Bell was aware of around 20 people in the corridor of the centre where Okwurime died, but who went missing. He added that many witnesses may have been deported before they could share testimony with the authorities, but it was impossible to quantify because individuals were not identified to a coroner in the first place.

Deborah Coles, director of the charity Inquest, said: “This was a damning judgment on deliberate attempts to frustrate and undermine effective investigations and proper scrutiny.”

Coroner, Timothy Brennand, also questioned why “no formal, declared statements were obtained timeously from these witnesses” before attempts were made to deport them. He added: “Two detainees were on the point of being physically deported in circumstances where the Home Office either was not aware, or chose to ignore the fact that these detainees were important witnesses required to give evidence at a forthcoming inquest hearing.”

The charity Medical Justice wrote to the Home Office requesting details of any witnesses who had been recorded to assist in any investigation, along with details of the actual deceased. According to the charity, the Home Office “fobbed them off” and told them not to expect any information before the end of this month.

Last month, Patel pledged to remove people who enter the UK illegally having travelled through a “safe country” – plans condemned by many as unworkable and incoherent. Patel’s recent proposals to reform the asylum system, warning it will “deepen hostility to refugees” and could “formalise and embed a culture of disbelief” against them.

A report by Catholic organisation the Jesuit Refugee Service UK, states the system is “more concerned with refusing asylum claims and removing claimants than with ensuring that people in need of sanctuary are offered protection and a chance to rebuild their lives”.

Sarah Teather, director of JRS UK, said, “We need an asylum system rooted in a sense of shared humanity, not a barbaric rehash of the old culture of hostility. Reform of the asylum system is badly needed. This is not it."