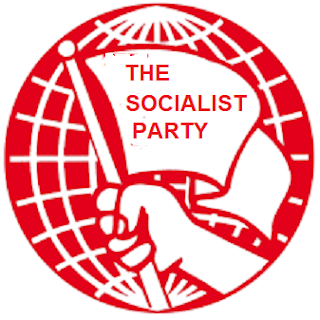 One of the many things I love about the World Socialist Movement is how long it’s been around. The Socialist Party of Great Britain was founded in 1904, so their website — spgb.net — has a wealth of material you can dig through to find party members’ takes on different historical events, figures, and debates from the last 117 years. I dig around there pretty often when I’m bored and a few days before writing this article I was looking to see if anyone in the party had critiqued Vladimir Lenin’s concept of dual power. While looking through the search results I came across the article ‘After the Conquest of Power’ (Socialist Standard, August 1955), which is about Clause 6 of the WSM’s Declaration of Principles. I was trying to think of a good idea for another article to write for the next issue of the World Socialist anyway (I’d done some reading for one, but it didn’t turn out to be as interesting as I’d thought), so I thought it’d be a good idea to write an article for the next few issues of WS explaining each of these principles for new members or sympathizers, starting with Principle 1, of course.

Society as at present constituted is based upon the ownership of the means of living (i.e., land, factories, railways, etc.) by the capitalist or master class, and consequent enslavement of the working class, by whose labor alone wealth is produced.

I’ll break this down bit by bit.

Society in this context, of course, refers to human civilization. While our species of hominids, Homo Sapiens, evolved about 300,000 years ago and began exhibiting the behavior of modern humans about 150,000 years ago, we were hunter-gatherers until the Neolithic or First Agricultural Revolution happened about 10,000 years ago, which is considered the dawn of what could properly be called civilization, being class or market society. In order for the human species to survive we, of course, need to reproduce and sustain ourselves by consuming natural resources, both personally and productively. Personal consumption, such as eating food, keeps us alive, while productive consumption, such as using metals to create eating utensils, creates the products we use in our everyday lives. The machines, instruments, and materials used to produce, transport, and distribute those products are called means of production. The means of production, together with the social relations in which they’re used, is called a mode of production.

I once saw a tweet from a right-libertarian who seemed to equate market society with capitalism by saying “there was no ‘before capitalism,’” but Marxists distinguish between four different modes of production that have existed so far within Western society: the tribal and antique modes of production, as well as feudalism and capitalism.

The tribal mode of production practiced by hunter-gatherers, what Karl Marx called “primitive communism,” was based on common ownership of the means of production and production directly for use. Think of how everything’s owned within your household: everyone has personal property, but the important items are shared and, that being the case, no exchange is necessary to use them. Without a material surplus, tribal production was merely carried out for subsistence and society was more or less egalitarian. Once humans began practicing agriculture with grains, we could store a surplus for long periods of time, leading to the birth of private property from a group of citizens appropriating that surplus to trade for their benefit, rather than that of their entire tribe. This led to a distinction between citizens who owned the surplus and lived off it as opposed to those who worked to produce said surplus, creating a division of labor, classes, and thus class society.

So far, all modes of production following the Neolithic Revolution have upheld this distinction between a minority class of citizens that own natural resources along with the means of utilizing them and a majority class of citizens who are forced or coerced to work for the owning class to survive. Antiquity had masters and slaves, feudalism had lords and serfs, and capitalism has capitalists and wage-workers. Some consider chattel slavery to be the only legitimate form of slavery, but wage slavery is obviously still slavery. An economic system which gives the majority of the population the options to either work, commit crime, mooch, or starve can’t reasonably be considered anything other than implicit enslavement. All “civilized” modes of production have been based on the enslavement of the working class by the owning class. “Civilized” wealth has primarily been produced through slavery.

One more point to touch on.

A state claiming to own the means of production on behalf of the working class doesn’t change this class relation, nor do worker’s co-ops. In the first case, the state bureaucrats merely become the new master class — amounting to nothing more than state capitalism. The latter case can get more complicated, so it’d be too lengthy to discuss here, but as long as producers make products directly for exchange on the market — rather than directly to satisfy human needs — the producers must follow the dictates of the market. Each firm is free to organize production as it sees fit, but none can escape the need to compete against each other and be profitable. As long as workers compete, rather than cooperate; as long as they need wages to survive; as long as production’s carried out directly for exchange rather than directly for use, workers will still be enslaved. Freedom from this class relation won’t come from changing who privately owns the means of production, but from the means of production being commonly owned by everyone.

In the next issue we’ll cover Principle Two, which deals with the class struggle.

Principle One | World Socialist Party of the US (wspus.org)
Posted by ajohnstone at 5:30 am