Tens of thousands of protesters have denounced France for having among the highest rates of domestic violence against women in Europe. Marital violence affects 220,000 Frenchwomen every year, according to separate French statistics. Activists also warned that femicide is a growing problem — 130 women have been killed in France this year by a current or former partner.

Protesters marched through the French capital and about 30 marches have been organised throughout France. They involve nearly 70 organisations, political parties, unions and associations on Saturday to demonstrate against domestic violence. Tens of thousands of people, many of them female activists from the #NousToutes (All of Us) association, rallied in Paris. A wave of purple flags and signs snaked from the Place de l'Opera to the east of the city, and many protesters chanted: "Abuser, you've had it, women are in the street!" Other rallies were held in cities including Lyon, Strasbourg, Bordeaux and Lille. "Break the silence, not women," read one sign. "Down with the patriarchy," read another.

Despite France's progressive reputation, the country has among the highest rates in Europe of domestic violence, in part because of poor police response to reports of abuse.

Beatrice Donnard a NousToutes activist, noted that killings often occur when a couple separates.
"Every woman you talk to — you could ask your mother or your sister — has a story of sexual violence in one way or another," she said. "This has to stop. I think men understand that, and there are many of them here with us.''
The marches took place ahead of the United Nation's International Day for the Elimination of Violence against Women. The UN says some 87,000 women and girls were killed in 2017, over half of them by their spouse, partner or own family.
Spain slashed its domestic violence rates following a series of legal and educational measures launched in 2004. 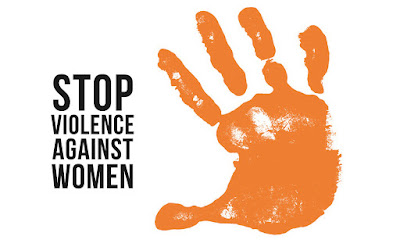