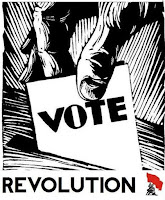 The pro-democracy opposition has won a resounding victory in Hong Kong elections.


Hong Kong media said Monday that the pro-democracy camp had won a commanding majority of the 452 district council seats at stake, taking control of at least 17 of the city’s 18 district councils.

A record 71% of Hong Kong’s 4.1 million registered voters cast ballots on Sunday, well exceeding the 47% turnout in the district council elections four years ago. The large number of votes was slowing down the counting. The largest pro-Beijing political party suffered a major setback, with at least 155 of its 182 candidates defeated,
The district councils have little power, but the vote became a referendum on public support for the protests.
Political expert at the Chinese University of Hong Kong Willy Lam said: ‘It’s nothing short of a revolution. This is a landslide. ‘It’s a sound repudiation of the Carrie Lam administration and shows the silent majority are behind the demands of the protesters.’
The Socialist Party views these events as a confirmation of its own politics and the way to go about change; mass demonstrations plus the vote. Not violence or “direct action” alone. Those pro-democracy activists who are resorting to violence can’t win against the armed might of the State and will be crushed. The only chance of winning they had was mass demonstrations backed by public opinion. If they abandon that strategy, they are doomed.

The electoral victory is further evidence of our contention that, when a mass movement gets off the ground and the opportunity to vote exists, the movement will use the ballot box.

The same can be expected to apply to the movement for socialism, where anarchists, ultra-leftists and other anti-parliamentarists will be left on the sidelines shouting “don’t vote”, as workers walk pass them on the way to the polling stations.