This world is yours 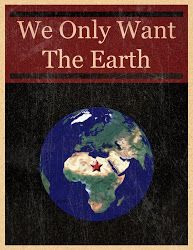 Ours is a class society, based on the capitalist exploitation of workers. Goods are not produced-to meet the needs of the people but to make profits for the bosses. If it is profitable to pollute the atmosphere, the streams and the sea revolutionary movement among the in the process, that will happen too.  If it is profitable to destroy food crops prices up, they certainly will.

Whenever the Left mentions “Socialism” it always hastens to say “of course we realise the people are not ready for Socialism” and offer the impression that they are  glad the people are not yet convinced of Socialism. There are a great number of working people who realise that there is something wrong with the chaotic and rotten capitalist system and many go farther and think that there could be a system whereby plenty would be produced and distributed for everyone. The Socialist Party, by raising the question and explaining Socialism in connection with every injustice and oppression of capitalism  looks for new members from among these people. The vast majority of our people work out their lives for the enrichment of the small minority of profiteers who own the bulk of the economy and through their wealth control the entire society. A small minority rule in fact if not in name, and profit is the be-all and end-all of economic life; human needs come second—if at all.

The Socialist Party holds out the possibility of a new society of production for use, not for profit. Freed from the clutches of the profit-gougers and their hangers-on, the major industries must be brought under common ownership and the economy must be planned by the people themselves in their own areas of work. The profit system cannot make use of automation for the benefit of society; socialism will! The future society that will be constructed under socialism will reduce work to a insignificant part of daily life and offer the individual the fullest possibilities to pursue his own abilities and interests. We must change the system if we want to simply survive. We witness in the younger  generation a new awareness that we must end capitalism’s drive toward ecological self-destruction.


The  bosses are fighting for capitalism and they state it without any apology. They seek to delude workers into the belief that there is no alternative to the profit system. The bosses expect a “fair and just return upon their investments.”But why should the bosses get a return on “THEIR capital”? What do they mean when they say it’s “theirs”? Such capital is “theirs” only by virtue of property “rights” – “rights” written into law by themselves to maintain the fiction of justice for their confiscation of the produce of labour. The source of such capital is no mystery. Capital represents the stored-up labour of millions of workers accumulated in the hands of the bosses. Nor is the role of such capital any. mystery. “Capital,” Karl Marx, said, “is dead labour that vampire-like only lives by sucking living labour and lives the more, the more labour it sucks.” With the greed of shared by every capitalist, they believe that the additional labour daily stored up in machines by the sweat and toil of the workers should “return” to the bosses. Once workers realise, however, that the “return” should be to them instead of to the bosses, they will have begun to see the socialist solution. It is the very essence of capitalism to keep labour at a minimum point, just sufficiently above the starving point so that it can continue to produce – never enough above this point so that the worker could save for a period of not working. The boss has no other interest in the worker. Meanwhile, however, all the accumulated labour of the workers, stored up in machines, becomes ever more potentially productive of goods which, utilised for the workers, would unfold possibilities of unlimited development.

But, capitalism, no matter how it plans and hopes and prays, would never actually be able to do more than drive the worker to the bedrock of subsistence – although there is plenty to provide luxury for all. This is the capitalist world. This is the world of competition, of exploitation, of production for profit. This is the world of global conflict. There is no peace for the peoples of the world. The world remains armed to the teeth. The capitalist world remains an armed camp awaiting only the passage of a few more years before it is ready to plunge into another bloody carnage to determine which of the great powers shall dominate the world in the interest of profit. There is no freedom for the people. here is no security for the people of any country. All the peoples of the world face hunger, poverty, unemployment and overall misery.  Capitalism outlived its usefulness long ago. It is no longer capable of progress, of raising the standards of living of the people. Capitalism is only capable of guaranteeing new wars, mass misery and environmental havoc.

Only socialism, where the stored-up labour is utilised for the social good, can realise the potentialities of human productivity and spiritual development. Only when accumulated labour belongs to those who produce it – to the worker who turns the wheels, instead of to the capitalist who seek only share dividends will mankind parallel in their human daily life will society create the physical grandeur of the likes never seen before. The people of the world want an end to this system. They want jobs, peace, freedom, security. They want a new life; they want a change from the chaos of the profit system. A new life, a new social, system, that is, socialism, is the only hope for humanity.