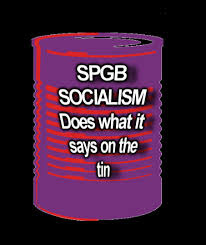 “The oppressed are allowed once every few years to decide which particular representatives of the oppressing class are to represent and repress them.” —Karl Marx

There are several parties around that call themselves “communist”, “workers”  or “socialist”. We disagree with them. These parties all have one thing in common – they all dress themselves up with high-sounding revolutionary phrases, but underneath they are defenders of capitalism.

The capitalist class is highly organised – they have the government, the police, the courts and the army to protect their interests. The experience of the working class movement confirms that it is impossible to make a successful revolution without a mass socialist party.


Neither the Democratic Party nor the Labour Party are  the “lesser evil” party. All capitalist parties are under the control of the of the capitalists - lock, stock and barrel. They can’t be transformed into parties representing the working class—nor can they allow their candidates, no matter what they call themselves, to represent anything but the needs of the capitalist class. And this includes Jeremy Corbyn or Bernie Sanders. Both use socialist rhetoric to draw support and votes to further their political ambitions. Neither have entered into politics to end capitalism and their policies are based on the idea that capitalism can be significantly reformed. As socialists we recognise that capitalism can’t grant all the reforms workers need. The only thing the capitalist system can offer workers is austerity—the choice between less and less. This is what’s happening everywhere across the globe.

Democratic control over the means of production and the establishment of socialism is the only solution to austerity cuts, unending war and the destruction of our environment. And it is the only way to reverse our current descent into barbarism.

Democratic control over society is the goal of socialism and will be the only thing that will save the world. This cannot be reformed into being. Supporting radical sounding populists or so-called socialist candidates of capitalist parties (because one can’t really distinguish between them) muddies the truth that the system of capitalism itself is the real enemy of the working class. As socialists we know that no transformation of society has ever been achieved through reforms within the power structure of that society. Supporting (critically or with illusions or not) candidates of the parties of the capitalist class is deceptive because it implies that the system can be changed through such reforms as long as we elect the correct capitalist candidates. Socialism is not about fighting for reforms or crumbs from the bosses table. We need to organise independently of the capitalist class and their parties. We need to show the working class that we have strength and power on our own because we do. This is Socialism 101. Supporting the candidates of capitalist parties weakens us. It ties our hands to the capitalist system to resolve our problems. It’s a dead end. Reformism is not the same as socialism. We can’t make that distinction clear if we lend our support to capitalist politicians no matter what they call themselves.

It is good people are once again talking about socialism,and it’s the job of socialists to clarify what socialism means and how it will be achieved—specifically through mass, independent struggle of the working class. Calling capitalist candidates socialists will not clarify anything. It gives false hope that electing a candidate can achieve what workers need to survive and to keep the planet from being destroyed.

We know that the only solution to the plight of the working class and the planet is socialist revolution—the complete overthrow of the capitalist mode of production for profit and replacing it with a system of production for want and need, democratically controlled by the working class—to end hunger, homelessness, oppression and inequality. To achieve this, we have to build an independent working class electoral intervention. It is fundamental  for the working class to realise our power to actually take control of society and structure it to our advantage in diametric opposition to capitalism. There is no short-cuts to this essential work. If we, socialists, don’t advocate the necessity of this, then we will be faced with most probably, the end of the human civilisation. This is our most important duty as socialists. We can’t substitute fake socialism for the real thing. It will only lead to defeat, despair and despondency.  History has shown us that defeat and demoralisation delays the deepening of consciousness of workers. It leads us to think, “what the hell’s the use of fighting when we cannot prevail?”

We organise the fight against oppression and exploitation while raising the consciousness of the working class that capitalism itself is the problem.  This can’t be achieved if we support the candidates of the parties of capital—the parties of war, racism, sexism and environmental destruction of the planet. It is an oxymoron to support capitalist politicians while fighting capitalism.

Any candidate representing the parties of the capitalist class no matter what they call themselves or how radical they sound represent the class enemy of the working class. Our political power is in our independence from the capitalist class and their political parties. Only by organising independent, revolutionary socialist parties of the working class around the world can we will end capitalism and establish socialism everywhere and for everyone.