The choice is capitalism or socialism 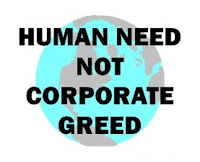 The Socialist Party feels it right that it should use all possible opportunities to put forward our objective, socialism, to as many people as possible and this election provides us with  hopefully a receptive audience. At this stage the main purpose of us contesting elections is to put the socialist case to more people than usual as well as to build up and consolidate socialist activity in and around the places contested and have our leaflets distributed free of charge by Royal Mail to the house-holds in the two constituencies, Cardiff Central and Folkestone & Hythe, where we are standing our candidates, Brian Johnson and Andy Thomas. The most important feature of the election campaign is  the circulation of our literature and the communication of our case for socialism. Hopefully, we can succeed in preventing at least some of our fellow-workers from being duped into the sham fights of the masters an that increasing numbers will either vote for the Socialist Party or spoil their ballot paper by writing:
WORLD SOCIALISM.

Elections are important because the party—and the class—that wins them thereby controls political power. It is a sad fact that ever since workers have had the vote the vast majority of them have chosen to support capitalist political parties and so helped to keep in being the system which exploits them and deprives them of liberty, abundance and security. At the moment the majority are expressing their demand —or preference—for capitalism. They vote for representatives of capitalism who go to the various legislative bodies throughout the world to run society in the interests of the capitalist class, to protect the property rights of capitalism and to administer the state machine.


The workers have one of the essential tools for this—they have the vote. The capitalists fully recognise the importance of elections; that is why they at first opposed universal suffrage and why they now spend vast sums of money in hoodwinking the voters. The other essential tool — socialist understanding — is at present lacking. When they have got that knowledge the working class will reject all the political parties which stand for the continuance of capitalism. They will opt for Socialism—a world of abundance in which mankind, for the first time, will be free.

If there is a Corbyn government it will be as much the subject of dissatisfaction as were its predecessors. Workers will grumble about the cost of living, about their housing difficulties and other similar problems. There will be strikes over wages and working conditions, in spite of Corbyn’s appeals not to rock the boat. The fact that such problems as these—and many others—continue under a Labour government will probably depress and bewilder many of the people who so hopefully voted for it. But the answer is easy. The Labour Party is an organisation which stands for capitalism. When it gets power it runs capitalism in basically the same way as the Conservatives or any other party. The problems of capitalism — poverty and insecurity—are therefore bound to continue under a Labour government. We have stated is that our candidates will stand for the abolition of capitalism and the establishment of socialism. As all the other candidates, including those from the Labour Party, will support capitalism in one way or another, we shall be in opposition to them all. For the moment voters vote for reforms — not revolution; for patching up the old society —not for transforming it; for capitalism — not for socialism.  The capitalist class has been dangling carrots of all shapes, sizes and descriptions in front of the workers’ noses for a century or more!

The Socialist Party confidently make one election prediction. Whatever the outcome, capitalism will be safe because the majority of the working class are not yet socialists. When they know their own class interests they will make the issue socialism versus capitalism and it will not be Brexit versus Remain.