Statistics published by the Department of Housing last week showed that 10,397 people were in emergency accommodation in the UK in September. This was made up of 6,524 adults and 3,873 children.

When taking into account both homeless people and the so-called “hidden homeless” - people living in homeless shelters, temporary accommodation or sofa-surfing - researchers estimate that 400,000 people in the UK are either homeless or hidden homeless, the BBC reports.


Shelter warned that three million new social homes needed to be built in England alone over the next 20 years to fix the housing crisis.
A report published by the homeless charity said that 1.17 million of these homes are needed for younger families who “face a lifetime in expensive and insecure private renting”, while a further 1.27 million are needed to house those in greatest need - including homeless people and those living with a disability.
The Office for National Statistics reported in March this year that, on average, full-time workers could expect to pay an estimated 7.8 times their annual workplace-based earnings on purchasing a home in England and Wales.


Over the past five years there were no local authorities in which affordability improved, with 77 of them becoming less affordable over this time. Currently, the least affordable local authority is Kensington and Chelsea, where house prices are around 44.5 times greater than the average annual earnings.
https://www.msn.com/en-gb/news/uknews/the-statistics-behind-the-uks-housing-crisis/ar-AAJTm6c?ocid=spartandhp 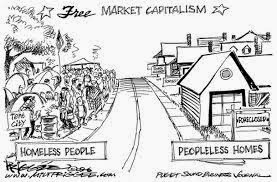