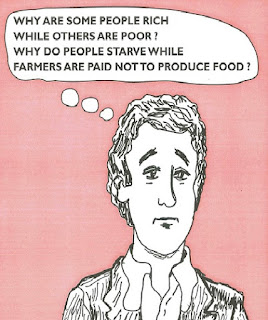 The British Medical Journal has published a study that impacts upon our understanding of the State’s role in medicalising unemployment. It is well worth quoting extracts from it

Eligibility for social security benefits in many advanced economies is dependent on unemployed and underemployed people carrying out an expanding range of job search, training and work preparation activities, as well as mandatory unpaid labour (workfare). Increasingly, these activities include interventions intended to modify attitudes, beliefs and personality. We now have a situation being implemented where there is the use of psychology in the delivery of workfare functions to erase the experience and effects of social and economic inequalities, to construct a psychological ideal that links unemployment to psychological deficit, and so to authorise the extension of state—and state-contracted—surveillance to psychological characteristics.

Welfare reforms have led to increased emphasis on the conditionality of social security payments and the ‘activation’ of their recipients, avowedly to avert or correct ethical and psychological ‘dependency’ and other forms of debility, depression and etiolated work ethic, which are widely thought to be both symptom and cause of unemployment. Failure to meet conditions placed on eligibility for benefits is punished directly by benefit sanctions (the part or total cessation of social security payments for a given period of time), as well as indirectly by compulsory ‘support’ in the form of workfare, ‘skills training’, psychological referral or psychometric testing. The conditions are diverse in kind as well as wide-ranging: from age and residence criteria, or restrictions on numbers of (paid) hours worked per week, to possession of certain levels of qualifications and the capacity to demonstrate positive opinions on employment. The expansion of conditionality in this way is linked to the continually increasing rate at which Jobseeker's Allowance (JSA) and Employment and Support Allowance claimants are sanctioned (the three months to September 2013 saw JSA claimants sanctioned at a rate of 6% of claimants per month, the highest since the introduction of JSA in 1996). Failure to participate in a training or employment scheme is the most frequently occurring ‘failure’ that results in a sanction. These mandatory interventions designed to ‘shift attitudes and beliefs’ have become an important element of ‘activating’ the unemployed, and are the focus of this paper. Although payments by the state to people without jobs have been tied to desirable patterns of behaviour since their first institution, the unemployment policies of reformed welfare states now aim at more complete and intimate behaviour change through coercive mechanisms of greater scope
Workfare means the ‘work-for-your-benefits’ schemes in which unemployed people are forced to work for a charity, business, social enterprise, public service or government agency in order to continue to be eligible for benefits. We also include the range of skills-building and motivational workshops that are presented alongside such schemes—as part of a range of activities that unemployed people are obliged to undertake—and schemes that are composed of training courses in tandem with unpaid work (Skills Conditionality is an example of the former; Traineeships and Sector-Based Work Academies of the latter). The participation of unemployed people in schemes with training elements is secured by the same means as work placement schemes: through the threat—tacit or explicit, indirect or direct—of sanctions. Workfare is central to normalisation of the idea that harsh sanctions should be used to underwrite certain obligations of citizenship, and to singling out as the paramount obligation the enforcement of work, with no regard to the specific character of that work or to a person's other responsibilities. Workfare furthers the separation of work and livelihood and normalises the idea that certain groups of people are not entitled to payment for their labour and that lengthy periods of unpaid labour (eg, internships or ‘volunteering’) are a precondition for employment. In this way, it undermines the security, pay and conditions of all workers and non-workers. Moreover, it demands that people assent to the idea that paid work as it is currently organised is the only route to both personal fulfilment and public value and obscures the economic reality of a dual labour market that produces and relies upon the stratification of work and the escalating inequalities in income and quality of working life.

Psycho-compulsion, defined as the imposition of psychological explanations for unemployment, together with mandatory activities intended to modify beliefs, attitude, disposition or personality, has become a more and more central feature of activating the unemployed and hence of people’s experience of unemployment. There has been little debate about the recruitment of psychology—and, by implication, psychologists—into monitoring, modifying and punishing people who claim social security benefits or research into the impact of mandatory positive affect on an expanding range of ‘unproductive’ or failing citizens: those who are out of work, not working enough, not earning enough and/or failing to seek work with sufficient application. A number of reports produced for the Cabinet Office under both the previous Labour government and the current Coalition have drawn centrally upon psychology and behavioural economics for the legitimation and direction of behaviour change policy or ‘instrumental behaviourism’. Psychology allied to behavioural economics allows the sector to consolidate its self-conception as an industry in its own right that sets its own standards and regulates itself. In this setting, psychology (and ‘therapy discourse’ more generally) coproduces and validates the core mythologies of neoliberalism, while simultaneously undermining and eroding alternative discourses—of solidarity, collectivity and interdependence. It functions not only to reinforce the view that achieving the status of (paid) working citizen is ‘the pinnacle of human experience’ but also to construct a very specific definition of the attitudes, beliefs and attributes that constitute ‘employability’: the ‘right kind of subject’; the ‘right kind of affect’. The roll-call of valued characteristics familiar from positive psychology, the wellbeing industry and public health—‘confidence, optimism, self-efficacy, aspiration’—are imposed in and through programmes of mandatory training and job preparation. They also feature centrally in the way in which people receiving benefits frame their own experiences. The duties of citizenship are expanded to include enforced rational self-governance so that liberal subjects’ capabilities, inclinations and desires are in accord with values and expectations that are identified as already given by a civil society centred on the labour market. These kinds of policies, seeking to model in unemployed people the imperatives of the market, are carried out by means of the market, through those who are paid to ‘activate’ claimants and those who benefit from their unpaid labour.

The imposition of psychological explanations for unemployment functions to erase the economic realities of the labour market and authorises the extension of state-sanctioned surveillance to psychological characteristics. Compulsory positive affect and psychological authority are being applied in workfare in order to (1) identify ostensible psychological barriers to gaining employment and to inculcate attributes and attitudes said to increase employability; (2) punish people for non-compliance (through conditionality and benefit sanctions) and (3) legitimise workfare and other coercive labour market measures. The consistent failure of workfare interventions to achieve their stated aim of improving work outcomes—both in the UK and internationally—has resulted in a much greater focus on psychological or ‘soft outcomes’, said to ‘move people closer to work’. ‘Soft outcomes’ disarticulate work and wages by treating a job as something that may be gained by possessing the right attitude to work (an attitude for which one must labour) and work as something to be valued because it evinces and activates the right attitude in the (potential) employee—rather than because it allows one to purchase a living. At the same time, the means by which soft outcomes are regulated (sanctions: for failures in attitude and in compliance with the actions demanded by active labour market measures) link together more closely than ever a person's failure to manifest the right attitude and their inability to afford to purchase a living. Efforts to achieve these ‘soft outcomes’ are evident in the course content of mandatory training programmes run by major workfare contractors like A4e and Ingeus and are increasingly apparent in the personal testimonies of claimants.

In a scheme recently announced, claimants will undergo interviews to assess whether they have a ‘psychological resistance’ to work, along with attitude profiling to judge whether they are ‘bewildered, despondent or determined’.Those deemed ‘less mentally fit’ will be subject to more intensive coaching, while those who are ‘optimistic’—such as graduates or those who have recently been made redundant—can be placed on less rigorous regimes. This classification system will be used to recruit to a new scheme obliging those who are long-term unemployed to spend 35 hours a week at a job centre. Jobcentres and the premises of welfare-to-work contractors are not neutral settings for interventions or decisions about the relative degree of unemployed people's material hardship, ‘willingness to work’, ‘readiness’ for work or ‘resistance’ to work: they are intensely anxiety-inducing and intimidating locations that bear witness to marked imbalances of power.

The participation of psychology and psychologists in the delivery of coercive goals in welfare reform clearly raises ethical questions. here is no evidence that work programme psycho-interventions increase the likelihood of gaining paid work that lasts any length of time. In perpetuating notions of psychological failure, they shift attention away from the social patterning of unemployment and from wider trends: market failure, precarity, the rise of in-work poverty, the cost of living crisis and the scale of income inequalities. They contribute centrally to the reification of paid work and the concomitant devaluing and discounting of all other activities, contributions, values and commitments. Above all, psychology is implicated in what amounts to a ‘substitution of outcomes’, where the modification of psychological attributes stands in for delivering actual improvements in household income or increasing the availability of real paid work.

Psychological fundamentalism—also evident in the burgeoning well-being industry—together with the rise of psychological conditionality, has a very direct impact on the lives of people claiming welfare benefits. This impact has barely been documented and highlights the need for deeper research scrutiny and more pressing questions about relationships between psychology and the medical humanities.

The full unabridged article can be read here

Posted by ajohnstone at 2:18 am

It shows you the 'left' and 'right', are identical.
Stalin: "if you don't work you don't eat".
Thatcher; no such thing as a free lunch!

Bit rich from Mrs thatcher seeing as she married a millionaire!!!