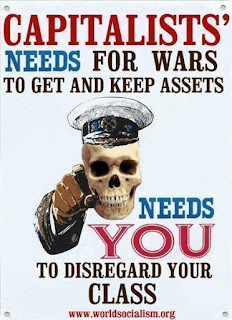 The defeat of Japanese militarism in World War Two and the experience of suffering the world's only atomic bomb attacks left the country with a deep vein of pacifism. But despite Japan's strategic geography - its armed forces’ role had been heavily circumscribed and Japan avoided all foreign military entanglements. Japan's post-World War Two constitution bars it from using force to resolve conflicts except in cases of self-defence. No longer, it appears. The Abe government are intent on widening the scope of military action. The lower house of Japan's parliament has approved two bills that permit overseas engagements. The bills now needs the  approval from the upper house, but it is expect to be passed into law. Any perceived revival of Japan as a military player prompts strong reactions from those who have suffered from its military expansionism in the past. China's foreign affairs ministry spokesman Hua Chunying questioned if Japan was "abandoning its pacifist policies", and urged Japan to "stick to the path of peaceful development" and avoid harming the region's stability. South Korea has similarly in the past urged Japan to "contribute to regional peace and security." North Korea says the bills are an attempt to turn Japan into a militarist state by stealth. "If Japan makes desperate efforts to reinvade other counties by invoking the war law, this will bring disasters to its people," it warns.

Its army of some 150,000 troops is small (but still larger than that of Britain) and it has an impressive navy including a small helicopter carrier, two Aegis-equipped cruisers with sophisticated radars and battle management systems, and some 34 destroyers and nine frigates of various types. It also has some 80 anti-submarine warfare or maritime patrol aircraft. This year, Japan's Maritime Self-Defence Force commissioned its largest vessel yet - a new helicopter carrier - the JS Izumo. This could potentially embark a number of V-22 Osprey vertical lift aircraft - and Japan is thought to be interested in buying up to 17 of them from the United States.

Over the years, Japan has also widened its sphere of international military activities. Japanese warships have participated in international anti-piracy operations off the Horn of Africa and Japanese maritime patrol aircraft have supported this mission from Djibouti. It participated for the third time in joint US-Indian naval manoeuvres and a small contingent of Japanese troops is currently involved in a joint US-Australian exercise.

Posted by ajohnstone at 9:03 am