Bring the walls down 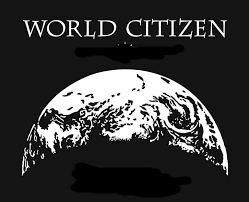 The US had already built 651 miles of fencing as of February 2012 and the estimated cost of the fence's construction and its maintenance over the next 20 years is $6.5 billion.

The government has been imposing criminal sentences on border crossers since 2005; the program, code-named "Operation Streamline," had processed 208,939 people by the end of 2012. While it's hard to estimate the total bill for Streamline, it could be costing us as much as $300 million a year just through the increase it has created in the federal prison population.

Why do some US politicians constantly call for more border enforcement. One obvious reason is it is quite profitable for powerful business interests. In September 2006, for example, the Boeing corporation won a contract worth an estimated $2.5 billion to set up the "Secure Border Initiative Network" (SBInet), a web of new surveillance technology and sensors with real-time communications systems. After spending $1 billion on this "virtual fence," the government scrapped the project in January 2011, saying it "does not meet current standards for viability and cost effectiveness." A growing number of Border Patrol agents and their increasing militarization translates into a higher demand for more guns and other equipment from the "defense” industries. This is especially important as the US military reduces its involvement in Iraq and Afghanistan. "So as the wars are winding down, we're trying to find more applications for this technology here in the US," a division manager from the Applied Research Associates firm explained to the Huffington Post in April.

Increased border enforcement also means increased incarceration for immigrants and this means more business for the private “for-profit” prison industry. In the decade leading up to 2013, just three of these companies poured out some $45 million in various lobbying efforts. Recipients of funds from the Corrections Corporation of America (CCA), the country's largest private prison company, include such rabidly anti-immigrant Republicans as Rep. Lamar Smith of Texas and Rep. Jim Sensenbrenner of Wisconsin.

Creating anxiety about immigration has political uses as well. As Princeton sociologist Douglas Massey, observed, "Politicians find the symbolic trope of an 'invasion of illegal aliens' too useful to give up." Xenophobic and irrational fears of invasion, violation and disease from foreign and dark-skinned people have historically provided a good tool for distracting the US population from the real failures of the political and economic system. In August 2014, Georgia Republican Phil Gingrey, then a member of the House of Representatives, suggested that Central American minors might be carrying the Ebola virus. Gingrey, formerly a practicing physician, should have  known that no Ebola cases had ever been reported in Latin America. Donald Trump and right-wing columnist Ann Coulter slanders all immigrants as thieves, rapists and murderers, pandering the same part of the national psyche as white racists' fraudulent rape charges against African Americans, the rationalization for thousands of lynchings in the 19th and 20th centuries.

Forgotten are the At least 5,607 people died while attempting to enter the country between 1994 and 2008, many buried in unmarked mass graves. University of California, San Diego professor Wayne Cornelius has noted that the death toll at the border just in the decade from 1993 to 2003 was more than 10 times as high as the number of people killed trying to cross the Berlin Wall in its 28-year history. The deaths have continued even as the rate of border crossings fell: an average of 360 people died this way each year in 2010 and 2011. This is the real border crisis, and we shouldn't ignore an irrational enforcement policy killing hundreds of innocent human beings each year for the supposed crime of wanting to get a job or to reunite with friends and family.

Full article can be read here
Posted by ajohnstone at 9:59 pm

Email ThisBlogThis!Share to TwitterShare to FacebookShare to Pinterest
Labels: Immigration