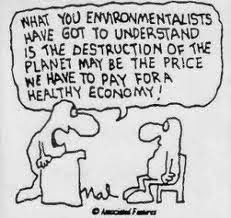 The planet Earth, with mankind's help, is heating up. With the monthly update from the National Oceanic and Atmospheric Administration (NOAA) out Monday, three of the world's official climate reporting agencies agree that June 2015 was the hottest on record, and that this year is shaping up to be the hottest year yet. According to NOAA, "The June globally-averaged land surface temperature was 2.27°F (1.26°C) above the 20th century average. This was the highest for June in the 1880–2015 record, surpassing the previous record set in 2012 by 0.11°F (0.06°C)." What's more, scientists say this trend is likely to continue and that 2016 could very well surpass 2015's record-breaking temperatures. This followed reports from NASA and the Japan Meteorological Agency last week which found similar results. We're doing irreversible damage to our environment and we're in the midst of a human species threatening crisis.

The scientific evidence is now overwhelming that the climate is warming and that human activity is largely responsible for this change through emissions of greenhouse gases. Governments will meet in Paris in November and December this year to negotiate a legally binding and universal agreement on tackling climate change. Scientific evidence indicates that if we are to have a reasonable chance of limiting global warming in this century to 2°C relative to the pre-industrial period, we must transition to a zero-carbon world by early in the second half of the century. A coalition of the UK’s most eminent scientific, medical and engineering bodies says immediate action must be taken by governments to avert the worst impacts of climate change.

Climate change poses risks to people and ecosystems by exacerbating existing economic, environmental, geopolitical, health and societal threats, and generating new ones. These risks increase disproportionately as the temperature increases. Many systems are already at risk from climate change. A rise of 2°C above pre-industrial levels would lead to further increased risk from extreme weather and would place more ecosystems and cultures in significant danger. At or above 4°C, the risks include substantial species extinction, global and regional food insecurity, and fundamental changes to human activities that today are taken for granted.

Sir John Beddington, the government’s chief scientific adviser until 2013 and now president of the Zoological Society of London, said some impacts of climate change are already here and will continue for decades, even if emissions are slashed. He said taking steps to adapt to these unavoidable changes was vital: “This is particularly important for human welfare, where water and food security issues loom.”

Corporate interests over the public good has resulted in dire threats to our common home. Under trade treaties like the Trans-Pacific Partnership if governments enact laws to protect the environment or preserve workers’ rights, corporations can sue if they feel their right to earn profits has been abridged or impeded. Corporations have already filed suits against sovereign nations more than 500 times and won about a third of those cases. They have forced nations to overturn laws limiting dangerous activities like mining or fracking, protecting citizens by banning unsafe products, and providing greater safeguards through product labeling. The TPP deepens the belief that the earth is a commodity to be exploited in pursuit of growth and profits. Those who support the TPP or TTIP or TISA argue from a global trickle-down theory of development, that exploitation produces jobs that help all people and particularly the earth’s poorest citizens. Rather, they will enable unprecedented global environmental destruction and negative economic impact on 99% of the world's population.

The biggest user of fossil fuels in the world is the American Military Complex. With over 800 bases worldwide its ships, planes and vehicles are on the move 24 hours a day. All its equipment is built cheaply with little to no emission controls on its engines. If anyone is serious about controlling anthropogenic global warming then the first place to start is with the worst offending. Will this happen? Never. Faced with the disastrous impacts of the growing climate crisis, the Marshall Islands, a remote Pacific island nation, has taken a decisive step towards the preservation of the planet, as well as its own land and people. Marshall Islands’ President Christopher Loeak announced his country would be the first small island nation to submit to the United Nations a clear climate target for 2025 ahead of the upcoming Paris climate summit. According to the pledge, known as an Intended Nationally Determined Contribution (or INDC), the island nation has committed to reduce emissions by 32 percent below 2010 levels by 2025, and 45 percent by 2030, with the longer-term vision of zero emissions by 2050, if not earlier. "Our message is simple: if one of the world’s smallest, poorest and most geographically isolated countries can do it, so can you," he said.

"The fossil-fuel industry wants us to believe we’re stuck with oil and all the damage, danger, and destruction it brings," Rhea Suh, president of the Natural Resources Defense Council, wrote "That we have no choice but to accept that 30 years from now we might need Arctic oil — based on demand assumptions, which the International Energy Agency says would result in an average global temperature increase of at least six degrees Celsius — three times what science states the planet can sustain. Well, we’re not stuck with oil," Suh continued. "We can do better than assume climate failure."

Capitalism means 93 percent of the large fish in the ocean are gone. It means 78 percent of the old growth forests are gone. It means the breast milk of every mother on Earth contains dioxins. It means every square mile of ocean contains 46,000 pieces of floating plastic. It means each day, 13 million tons of toxic chemicals are released across the globe; 200,000 acres of rain forest are destroyed; 150 to 200 plant and animal species go extinct. Capitalism means ecocide.


Will it be people and planet first or profits over human needs and environmental protection? Or will our children will live in a world of misery. The problem is that global warming can clearly be laid at the feet of global capitalism. We are all in denial since we are not willing to change the social system we live under. The media is full of disastrous warnings of capitalism’s narrow focus upon GDP growth and the very real and detrimental costs of liquidating Earth’s natural eco-systems. Continued ravaging of the Earth for short-term growth can only end in social and ecological collapse. Humanity must embrace a steady state economy – whereby the increment of natural capital harvested is replenished annually and that can only be achieved by establishing socialism – the promotion and protection of the human family. With socialism we choose to live more simply, share more with others, restore ecosystems, grow more food, end fossil fuels, and embrace social justice and satisfy the needs of all. A better life than endless consumption that kills ourselves and others is possible. Capitalism is destroying the planet. Only revolution can save the planet. Only the complete overturning and elimination of capitalism makes it possible to create a society in which we could actually live as the stewards and guardians rather than the plunderers of nature. It is our only chance of achieving a truly sustainable society—and restoring what can be restored of Earth’s ecosystems. What are you doing -- each and every day -- to help bring down this global system of oppression and exploitation before there’s nothing left? How much time do you believe we have? 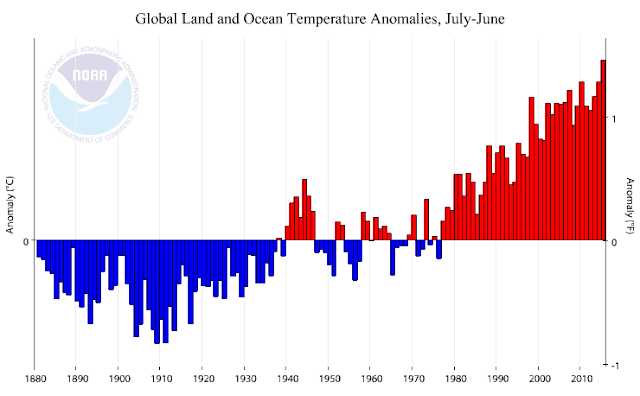 What is they say,short bursts get the message across,not bursts of diatribe look at me us.

The pictures tell the story that are worth thousand of words