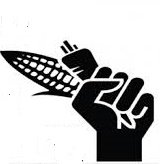 The global population is predicted to be 9.7 billion people by 2050 despite fall in fertility.

The rush to increase food production has caused catastrophic environmental degradation – we need to make agriculture climate-resilient and more efficient. The World Bank’s view that we need to grow 50% more food by 2050 to feed 9 billion people, while finding ways to reduce carbon emissions from agriculture at the same time, ignores one very simple fact – we already grow enough food for 10 billion people. But a combination of storage losses after harvest, overconsumption and waste mean that some 800 million people in developing countries are malnourished.

Today the environmental toll from this boom is all too evident. 38% of the planet’s cropland is degraded, 11% of the irrigated area is salt contaminated, 90% of the biodiversity of the 20 main staple crops has been lost, nitrogen fertiliser produces 6% of greenhouse gases and its runoff creates 400 marine “dead zones” (areas where oxygen concentration is so low that animal life suffocates), and more than 350,000 people die every year from pesticide toxicity.

Research on planetary boundaries estimates that nitrogen fertiliser use needs to decline by 75% to avoid large-scale environmental impact of this kind. The focus on productivity over efficiency has meant that the amount of energy needed to grow the same quantity of food has increased by between one-quarter and one-third over the last 25 years. Even without climate change, conventional chemical agriculture is driving humanity towards a food-security cliff.

A Christian Aid briefing paper argues that if we are to reverse this situation in the face of climate change, agriculture needs a transformative change in the way it addresses climate resilience. Small-scale farmers and pastoralists, who manage 60% of agricultural land and produce 50% of the planet’s food, should be central to this agenda. Research to solve their problems should be guided by their priorities, and take place largely on their farms. The kind of support farmers want often includes advice on soil management and testing, reliable climate forecasts, and development of their own seed and livestock breeding processes. The advice they get usually revolves around unaffordable chemical fertilisers and pesticides, while their ability to exchange and sell locally adapted crop seeds is threatened by corporate-inspired legislation promoting crop varieties developed in distant biotech labs. Small-scale women farmers manage up to 90% of staple food production but only 15% of agricultural advisers are women, and only 5% of advice reaches women.

For farmers to invest in resilience, they need secure land tenure, especially when they participate in communal land-tenure systems. Land deals with largely foreign buyers have increased to 55 million hectares. This not only dispossesses farmers but also undermines the confidence that others need to invest in measures to control land erosion, in trees and in other adaptations that pay off over several years.

The "rush to production" was simply about profit - primitive accumulation of capital - it has absolutely nothing to do with feeding dispossessed people who can't pay for it. The rape of land and resources, the driving off the land of subsistence farmers, the domination and control of seeds (deliberated engineered to produce plants that produce infertile seeds), the creation of dependency on insecticides and fertilisers ... and finally the ulitmate insult to hungry people - the deliberate hoarding and destruction of food to keep market prices from falling so that profits are maintained. Nothing has changed since the "Great Irish Famine": when 1 milllion starved while those who owned farms and livestock carried on exporting to markets that could pay for the produce. The reason people in developing countries are malnourished is that they are poor, and don't have enough money to feed themselves properly.
Posted by ajohnstone at 5:14 am