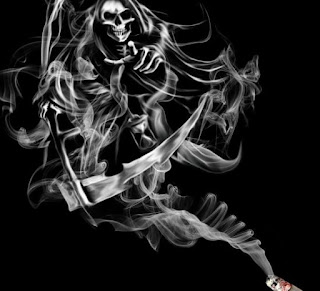 According to the World Health Organization, "100 million deaths were caused by tobacco in the 20th century. If current trends continue, there will be up to one billion deaths in the 21st century."

In addition, the public and politicians are increasingly unsympathetic to the industry’s demands. In response, tobacco companies have sought to use influential third parties to oppose strong tobacco control measures around the world. A key ally of tobacco companies in these efforts is the U.S. Chamber and its global network of American Chamber of Commerce (AmCham) affiliates. Although the U.S. Chamber does not publicly disclose its membership list, the U.S. Chamber’s board of directors includes Altria Group, the largest tobacco company operating in the United States and the former parent company of Philip Morris International (PMI). Additionally, multinational tobacco companies such as PMI, British American Tobacco (BAT), Japan Tobacco International (JTI) and Imperial Tobacco hold memberships in more than 55 AmCham chapters.

"The U.S. Chamber and its AmCham affiliates have joined the tobacco industry in fighting effective tobacco control policies in multiple countries—often without fully disclosing that they are working with the tobacco industry—implying that the full force of the U.S. business community is behind these efforts and that economic harm could result if countries move forward," states a report by Tobacco Free Kids, Public Citizen, Corporate Accountability International, and other watchdog groups, called Blowing Smokefor Big Tobacco (pdf)

For example, Burkina Faso passed a law in 2011 requiring graphic warning labels to cover at least 60 percent of packaging for tobacco products. Yet, this mandate has been delayed for years by the tobacco industry and Chamber of Commerce.
"In January 2014, Prime Minister Luc Adolphe Tiao received a letter from the U.S. Chamber warning that the Minister of Health's graphic warning label proposal violated international intellectual property rights and trade agreements, implying that the tobacco industry might use international trade agreements to entangle the Burkina Faso proposal in costly trade litigation, which as a low-income country it cannot afford," the report states.

In 2013, the president of Uruguay submitted a proposal to the Senate to ban tobacco product displays at points-of-sale. In April 2014, the president of the U.S. Chamber wrote to the president of Uruguay’s Senate, stating that the proposed ban would violate the World Trade Organization Agreementon Trade-Related Aspects of Intellectual Property and make it difficult for “consumers, who may have less readily available information to make educated choices among different brands.” The letter further argued that a full display ban would create a slippery slope that would lead to overly restrictive bans on other products and increase illicit trade of tobacco products, which would fund organized crime and terrorism. Despite pressure from the industry and its allies, the Uruguayan General Assembly passed the ban on tobacco product displays at the point-of-sale in July 2014.

In 2012, cigarette prices in the Philippines were among the lowest in the world. Article 6 of the FCTC provides for the use of taxation and pricing policies on tobacco products to decrease the demand for tobacco. Evidence and experience from around the world conclusively show that increasing the price of cigarettes by raising tobacco taxes increases government revenue even as tobacco consumption declines. Consequently, the tobacco industry consistently opposes tax increases designed to reduce consumption.144 In the Philippines, the U.S. Chamber and the AmCham in the Philippines aggressively fought an effort by legislators to reduce tobacco consumption by raising taxes on cigarettes. The U.S. Chamber stated that “exorbitant tax increases on tobacco products will stimulate persistent and corrosive growth in smuggling and other illicit trades, which only fuels organized criminal activity and its consequences.” The U.S. Chamber’s arguments mirrored those made directly by tobacco companies. In December 2014, commissioner of the Bureau of Internal Revenue Kim Hernares confirmed that higher-than-expected revenues refuted claims by the tobacco industry that the government would fail to reach its revenue targets and lose substantial revenues through illicit trade.

In 2013, the Republic of Moldova began developing amendments to strengthen the country’s tobacco control law. As proposed, the draft amendments call for improved provisions to fully ban smoking in indoor public places; require graphic warning labels to cover 65 percent of packs; comprehensively ban tobacco advertising, promotion and sponsorship; ban the sale of smokeless tobacco products and slim cigarettes; and include measures to prevent tobacco industry interference in setting and implementing policy. Although the prime minister of Moldova approved a bill with these provisions in 2013 and submitted the draft for final parliamentary approval, the U.S. Chamber and the AmCham in Moldova have led a two-year campaign to delay and weaken the proposed legislation. Local tobacco control advocates report that the AmCham consistently pressured government officials and actively lobbied legislators throughout the drafting and legislative process in order to weaken the bill. Additionally, in February 2014, the president of the U.S. Chamber sent a letter to the president of Moldova’s Parliament warning that many of the proposed amendments were not evidence-based, ignored regulatory procedures and violated Moldova’s international trade obligations.

Nor has it been the smaller countries that have had their tobacco laws challenged. The EU and the UK have been threatened by the lobbyists, activities that served the tobacco industry’s objectives of significantly weakening legislation.

Contrary to the U.S. Chamber’s claims, to date more than 70 countries and territories have mandated graphic health warnings labels covering 50 percent or more of the product package without being found in violation of international trade agreements or intellectual property rights.

"From Ukraine to Uruguay, Moldova to the Philippines, the U.S. Chamber of Commerce and its foreign affiliates have become the hammer for the tobacco industry, engaging in a worldwide effort to fight antismoking laws of all kinds, according to interviews with government ministers, lobbyists, lawmakers and public health groups in Asia, Europe, Latin America and the United States," wrote New York Times reporter Danny Hakim.

Lisa Gilbert, director of Public Citizen’s Congress Watch division, which runs U.S. Chamber Watch, told Common Dreams that the power of the Chamber and tobacco industry could grow with mammoth corporate deals like the Trans-Pacific Partnership: "One of the reasons that so many folks are concerned about trade deals is the lack of transparency and the way they so obviously put corporate interests ahead. Big Tobacco is part of that problem."

Email ThisBlogThis!Share to TwitterShare to FacebookShare to Pinterest
Labels: TOBACCO