The Socialist Party and the Unions 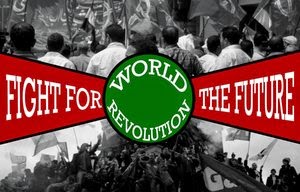 Len McCluskey, the general secretary of the Unite trade union, has warned that he would be prepared to hold unlawful strikes if the Conservatives change the law after the general election to enforce a higher threshold on strike ballots. McCluskey said he would not respect a new law that increased the threshold. Cameron is expected to include in the Tory general election manifesto a proposal to raise the threshold in trade union strike ballots. Boris Johnson has suggested this could be as high as 50%.

McCluskey said: “Should there be a Conservative majority in May, there will be a new attack on trade union rights and democracy. The bar for a strike ballot will be raised to a level which hardly any MPs would get over in their own constituencies, by a government which has refused our requests to use modern, more effective balloting methods. “When the law is misguided, when it oppresses the people and removes their freedoms, can we respect it? I am not really posing the question. I’m giving you the answer. It ain’t going to happen.” McCluskey added: “Unite remains determined to operate ever more effectively within the law, even when that law is an ass and ill serves our people. But restricting the right to strike, attacking the capacity for trade unions to organise and conduct our own business in line with our own rules, belong to last century’s consensus.”

The real power in society is not those lackeys at Westminster, the representatives for thieving  bankers and robbing industrialists but the power of labour. The ruling-class know this and it is the reason why they are so keen in controlling the state and using its political power to curb workers and their organisations. Increasing numbers of people know through their own experience that the current economic system is corrupt and rotten to the core. The bosses don’t just concede concessions because of a good heart - what decent life we have had to be fought for through a class struggle.

Right now while capitalism exists and dominates labour, we need trade unions for the limited protection it offers us and The Socialist Party stands resolutely behind fellow workers.

Trade unions arise out of the wage-relation that is at the basis of capitalism.When we say that labour-power has the commodity nature , it must express its value through a struggle in the labour market. Combining together in trade unions to exert collective pressure on employers is a way workers can prevent their wages falling below the value of their labour-power. It is a way of ensuring that they are paid the full value of what they have to sell. This is the usefulness of trade unions to the working class but they can do no more than this. The competition of individual workers for jobs enabled employers to take full advantage of their strengthened position. If, however, the workers unite and agree not to sell their labour-power below a certain price, the effect of individual competition for jobs can be, at least in part, overcome. Organised workers can ensure that the wage they get is the current value of their labour-power and, at times when the demand for labour-power exceeds the supply, they can temporarily push wages above the current value of labour power or even, in the longer term, raise its value. This was, and still is, the logic of trade union organisation. They cannot substantially increase the living standards of their members under capitalism but they can ensure that wages are not reduced below the subsistence level. The trade unions are essentially defensive organisations with the limited role of protecting wages and working conditions and it is by this criterion that their effectiveness or otherwise ought to be judged. Trade Unions can - and do - enable workers to get the full value of their labour-power, but they cannot stop the exploitation of the working class.

Workers may influence their wages and working conditions only by collective effort and only by being in the position to stop working if their demands are not met. The ability to withhold their service in a strike is one weapon in their possession (work-to-rules and overtime bans are others). It is the only final logic known to employers. Without it, wages tend to sink below subsistence level. With it, a substantial check can often be placed on the encroachments of the employers and improvements both in wages and working conditions can be made. The strike is not a sure means of victory for workers in dispute with employers. There are many cases of workers being compelled to return to work without gains, even sometimes with losses. Strikes should not be employed recklessly but should be entered into with caution, particularly during times when production falls off and there are growing numbers of unemployed. Nor should not be thought that victory can be gained only by means of the strike. Sometimes more can be gained simply by the threat of a strike. The most effective strike as the one that did not take place .Workers must bear all these things in mind if they are to make the most effective use of the trade union and the power which it gives them.

It would be wrong to write off the unions as anti-working-class organisations. The union has indeed tended to become an institution apart from its members; but the policy of a union is still influenced by the views of its members. It may be a truism but a union is only as strong as its members. Most unions have formal democratic constitutions which provide for a wide degree of membership participation and democratic control. In practice however, these provisions are sometimes ineffective and actual control of many unions is in the hands of a well-entrenched full-time leadership. It is these leaders who frequently collaborate with the State and employers in the administration of capitalism; who get involved in supporting political parties and governments which act against the interest of the working class.

We recognise that, under capitalism, workers depend on the wages they get for the sale of their labour-power and that it is in their interest to get the highest possible price for this; collective organisation and action, as via trade unions, can help obtain this. In other words, we're talking about haggling over the workers' commodity. Clearly, necessary though it is, this has no anti-capitalist content. This doesn't mean that the wages struggle isn't part of the class struggle. It is, but as an economic, defensive struggle within capitalism to get the best deal under it. Obviously, being part of the class struggle, it has the potential to develop into full class consciousness, ie a recognition of the need to get rid of capitalism and to take political action to do this. But it's not going to develop into socialist consciousness automatically without those involved hearing the case for socialism. Discontent over wage levels or conditions at work can be a catalyst for socialist understanding but so can many other things such as concern about the environment or war or the threat of war or bad housing or the just the general culture of capitalism . It can be said that history has not borne out the view that there is some sort of automatic evolution from trade union consciousness to reformist political consciousness to revolutionary socialist consciousness. It's just not happened. In fact the opposite has: trade unions have dropped talking about the class struggle and socialism to present themselves as on a par with insurance companies, complete with trendy names such as UNITE to deal with problems at work. We have never uncritically accepted trade unionism. As we said in 1912 we support only trade unionism when it is on sound lines :- 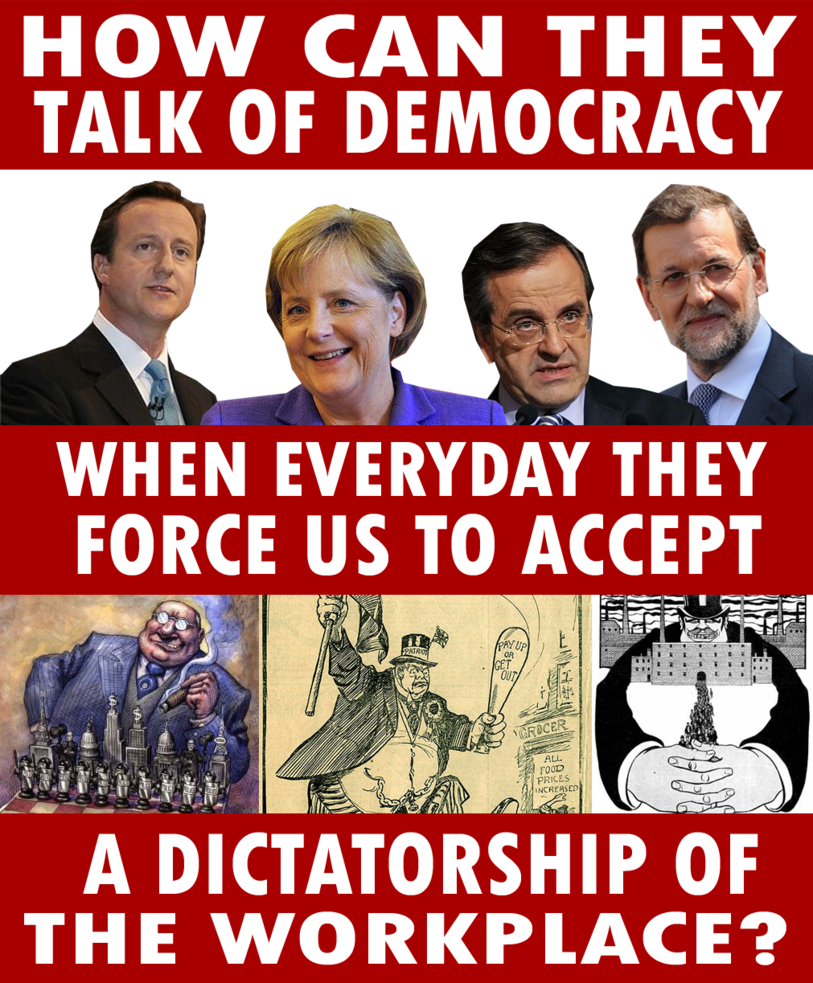 "Sound lines" mean that while fighting the daily battles the toilers must adopt a policy of "No Compromise". They must have no regard for the master’s interests or property. "Conciliation" and "Arbitration" schemes and long notices must be strenuously opposed. They have got to teach their members that the interests of workers and employers are in direct opposition. Above all, the trade unions must use all their powers to increase the solidarity of the revolting working class and show the need for the toilers acting as a class. There must be no blacklegging of one section upon another, and the grievance of one part must become the interest of all. Thus only can the unions be moulded into a body capable of assisting in the revolutionary change."

Trade unions can bring a great deal of experience to bear on the question of how a new society could be organised democratically in the interests of the whole community. Certainly in the developed countries they have organisation in the most important parts of production. They have rulebooks that allow them to be run locally and nationally in a generally democratic manner and they also enjoy fraternal links across the globe. All this is already in place , ready to be applied . If only trade unions set their sights beyond the next wage claim and by becoming part of the socialist movement, they could so easily become part of the democratic administration of industry that would replace the corporate bosses and their managers who now organise production for profit.

Posted by ajohnstone at 9:06 am