Your income can severely impact your health. Women who live in poor areas of England can expect to live 52.4 years in “good health,” whereas women in wealthier parts of the country can get even 19 years more without serious medical problems. For men, the difference was 18 years.

Researchers Richard Wilkinson and Kate Pickett argue that the bad health of those who live in poor regions is a direct result of income inequality:
“The temptation, as always, is to assume that those at the bottom eat poorly, do little exercise, drink a lot and take drugs. In short, it’s their fault. But 94% of people on low incomes don’t take drugs, and people in the richest fifth are actually twice as likely to drink heavily than those in the poorest fifth. Inconvenient as this may be to some, there isn’t some inherent character flaw that only afflicts the poor. As researchers around the world have demonstrated many times, it is the financial gap between rich and poor that is significant, not their lifestyles.”

Regardless of the reasons, the poor regions of the UK fare very poorly in comparison with the rest of the world, with shorter healthy life expectancies than Rwanda or Pakistan. 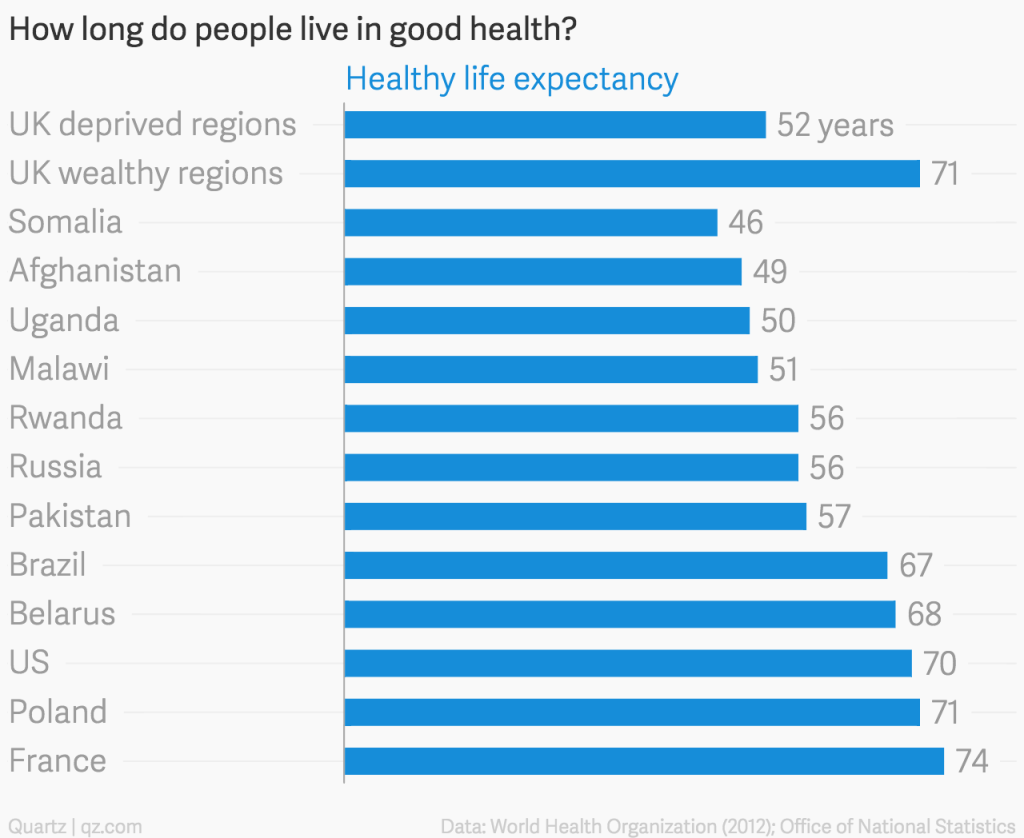 One in four Europeans are at risk of poverty, an Irish study on the effects of austerity has warned. The research by Social Justice Ireland revealed the number of EU citizens in danger of living below the breadline jumped by seven million to 123 million in the six years to 2013. The report for advocacy organisation Caritas Europa, said it found 8.4 million people were added to dole queues in the same period and about one quarter of young people who wanted to work could not find a job. 7.3 million 15 to 24-year-olds were classified as Neets - Not in Employment, Education or Training, including 16% of young people in Ireland, 22% in Italy - the highest rate in the EU - and 21% in Greece.
Posted by ajohnstone at 12:41 am