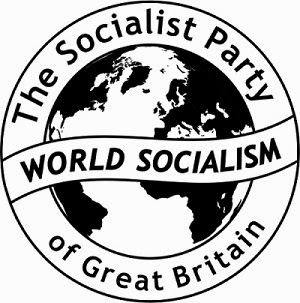 George Osborne has presented the last Budget before the election. In accordance with the well-established precedent that when the economy is doing badly governments blame outside forces but when it is improving they say this is due to their actions, Osborne claimed responsibility for the modest recovery that is underway.

In fact governments do not and cannot control the workings of the capitalist economy. They are not responsible for an economic recovery nor for an economic downturn. These occur spontaneously and uncontrollably under capitalism. As slumps create the conditions for a recovery they are never permanent. Capitalist production always recovers sooner or later. This time it has been later rather than sooner. So if Osborne wants to claim credit for it he should also explain why it didn’t happen earlier, as he had been predicting in previous Budgets. Ah yes, we know, it was the Eurozone crisis …. A clever politician can also come up with some excuse.

Even though in the end taxes fall on profits and accumulated property, in the immediate a tax change can affect workers. Depending on how many pints they drink, those workers who drink beer will be better off by, say, 10p a week from the cut in the excise duty on beer.  Cider drinkers twice as much. Raising the level of the part of income on which no tax is payable could lead to some workers being better off by a few hundred pounds a year but, since prices are rising all the time, this will go towards restoring a previous position. So it’s a question of little difference either way.

If there was some tax measure that involved a substantial difference this would affect the  labour market. A big increase in the income tax on wages would reduce take-home pay below the going rate needed to maintain workers’ ability to reproduce their labour power adequately and so would initiate an upward pressure on wages. This wouldn’t be automatic of course but would require trade union action to ensure wages did actually rise. A substantial reduction in income tax on wages would exert pressure in the opposite, downward direction, which would require trade union action to try to resist.

Either way, then, the best way for workers to defend their standard of living under capitalism is to wage the class struggle at their place of employment, not to wait for a few crumbs from the Budget. Carry on struggling, that should be the response to this as to every Budget.

Since taxes fall in the end on profits and property, capitalist governments are under constant pressure to keep their spending down. This pressure is increased when capitalism is in one of its regular periods of economic downturn as this means that tax receipts tied to economic activity are down too. Hence “austerity”, which the Chancellor has said is going to continue for another four years. So, after six years, it’s still jam tomorrow.

What the government doesn’t raise through taxes it has to borrow from capitalists through the banking system. Governments don’t like this as they have to pay interest on what they borrow and this has to come out of taxes. However there is never any question of governments imposing austerity on the holders of the National Debt. Paying them their pound of flesh has the status of a sacred contract which it is sacrilege to break.

The annual media fuss about the Budget helps reinforce the illusion that we are all members of a tax-paying community with a common interest and that the Budget is somehow our budget, whereas there is no community and no common interest. Capitalism is a class-divided society with two classes with opposed interests, a class that owns the means of production and lives off profits and a class that doesn’t. The Budget is that of the capitalist state, what it spends as the executive committee of the capitalist class and how it raises the money to pay for this. It’s their budget not ours.

Posted by ajohnstone at 2:32 am