The poor will always be with us... 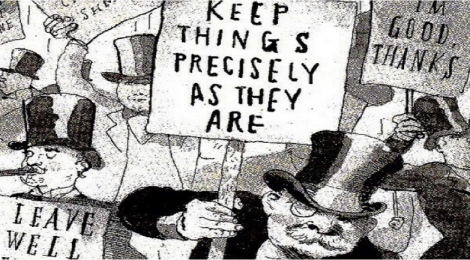 If you follow the news you will have seen the headlines proclaiming that global poverty has been cut by half over the past couple of decades. Its sounds like brilliant, but it’s just not true. The statistics have been manipulated to make it seem as though our economic system is working for the majority of humanity when in fact it is not.

Economist David Woodward in an article published in the World Economic Review shows that, given our existing economic model, poverty eradication can’t happen. Not that it probably won’t happen, but that it physically can’t. It’s a structural impossibility. If we assume that we can maintain the fastest rate of income growth that the poorest 10% of the world’s population have ever enjoyed over the past few decades. That was between 1993 and 2008 – after the debt crisis of the 1980s that crippled much of the developing world and before the banking collapse of 2008. During that period, their incomes increased at a rate of 1.29% each year. So how long will it take to eradicate poverty if we extrapolate this trend? 100 years. That’s what it will require to bring the world’s poorest above the standard poverty line of $1.25/day.

And keep in mind that Woodward’s methodology is not able to capture the poorest 1% of the world’s population, who will still remain in poverty even at the end of this period. That’s 90 million people, more than the entire population of Germany today, who will remain in poverty forever. Whatever the SDGs will achieve, poverty “eradication” won’t be one of those things.

If the 100-year timeline isn’t disappointing enough, it gets worse. A growing number of scholars are beginning to point out that $1.25/day – which is the official poverty line of the SDGs – is actually not adequate for people to survive on. In reality, if people are to meet their most basic needs and achieve normal human life expectancy, they need closer to $5/day. How long would it take to eradicate poverty at this more accurate line? 207 years.

Progress is woefully slow because to date the only strategy for reducing poverty is to increase global GDP growth. Politicians, economists and the development industry all have no other ideas. But GDP growth doesn’t really benefit the poor – or the majority of humanity, for that matter. Of all the income generated by global GDP growth between 1999 and 2008, the poorest 60% of humanity received only 5% of it. The richest 40%, by contrast, received the rest – a whopping 95%. So much for the trickle-down effect. To eradicate poverty global GDP would have to increase to 175 times its present size if we go with $5/day. In other words, if we want to eradicate poverty with our current model of economic development, we need to extract, produce, and consume 175 times more commodities than we presently do. This is horrifying to contemplate. And even if such outlandish growth were possible, it would drive climate change to unimaginable levels and wipe out any gains in poverty reduction.

To add insult to injury, to achieve this level of GDP growth, global per capita income would have to be no less than $1.3 million. In other words, the average income would have to be $1.3 million per year simply so that the poorest two-thirds of humanity could earn $5 per day. It’s completely absurd, but shows just how deeply inequality is hardwired into our economic system.

The entire capitalist system is based on poor people working for little to allow wealthy poeple to live lives of comfort and ease. All capitalism is exploitation even a "less aggressive" form still relies on exploitation somewhere We already have the material conditions ready for socialism, but whether we have the revolution or drive ourselves into extinction, well,  that's another story.

And let us not over-look the consequences of this poverty. Brain scans of children and young adults have revealed that specific brain regions tend to be smaller in those from poorer backgrounds than those born into wealthier families. The brain regions involved are crucial for the development of language, memory and reasoning skills, making them central to a child’s potential to thrive at school and gain a good education.

“The brain is the product of both genetics and experience, and experience is particularly powerful in molding brain development in childhood,” said Kim Noble, first author on the study at Columbia University in New York.

We know that living in a poor community makes you less likely to live a long life. New evidence suggests that living in a community with high income inequality also seems to be bad for your health. A study from researchers at the University of Wisconsin Population Health Institute examined a series of risk factors that help explain the health (or sickness) of counties in the United States. In addition to the suspects you might expect — a high smoking rate, a lot of violent crime — the researchers found that people in unequal communities were more likely to die before the age of 75 than people in more equal communities, even if the average incomes were the same.
“It’s not just the level of income in a community that matters — it’s also how income is distributed,” said Bridget Catlin, the co-director of the project, called the County Health Rankings and Roadmaps.

Posted by ajohnstone at 3:29 am

If it were true, it would be good for socialism. The problem starving people don't make good socialists, as they spend their time looking for the next meal.

Found this..
any system that is not based on individuals having the freedom to work for their own benefit or to pursue their own dreams is never going to work and will always end with mass poverty. just look at what is happening in venezuela at the minute.

capitalism has given us so much and it still has lots to give. sometimes the government has to step in (mainly when it comes to environment) but in general capitalism has shown itself to be the best system to create wealth and to feed starving humans.

I'm not sure if your comment is meant to be an ironic example of the distorted view of an capitalist apologist or indeed offering the case for capitalism but ignoring the reference to Venezuela which we do not consider socialist but merely a liberal social democracy financing reforms through petro-dollars, let us ask why there exists starving people in the first place.


We have enough food produced to feed everyone and NGOs and charities will avow of the existence of markets replete with food for sale, yet there is hunger. Why? Because people cannot AFFORD to buy this food...they have insufficient money to pay for food. What rational, sane society lets people die because they have no money to exchange for the necessities of life?

There is a saying if hard work makes you rich then an African peasant woman should be a millionaire and obviously she is not.
The usual answer is that capitalism creates an economy where men and women engage in employment and so earns the cash to spend. But Marx demonstrated with his analysis of the Enclosure system that to create a work-force capitalism drove people off the land and into the factories. The same process is being undertaken through the "Green Revolution" and more recent land-grabbing policies.

I could complicate matters by bringing in the issues of the financial speculation of the food futures market in the stock-exchanges, or how food is being turned into ethanol rather than used to feed people because of the higher returns that provides, but stick to the basic capitalism...it is a system based upon buying and selling...no one sells unless there is a profit and no-one can buy unless they have the wherewithal...if the consequence of this is starving to death, then so bre it...this is fully acceptable to those who support capitalism.

Not only is this not restricted to the developing world but we witness the expansion and growth of banking in the UK...and i mean the rise of food-banks to feed the poor.

Starving and hungry people are a consequence of capitalism.

Of course, some economists can manipulate statistics and data as the article discusses to show that somehow capitalism is successfully tackling world poverty. But is it capable of making the problem go away ?