A Time to Party!

The Socialist Party is fundamentally different from all other parties. Its aim is revolutionary. It expresses in political terms the aspiration of the working class to freedom. The only issue in this general election is capitalism versus socialism. It is the question of the right of one class of human beings exploiting another class of human beings to the very point of physical existence. It is an issue of human freedom versus human slavery. The workers have always been and still are the world’s slaves yet is they who have produced all the world’s wealth. The people of the world have achieved many great things except their own freedom. But an awakening is bound to come. It will dawn upon them that society is divided into two classes - capitalists and workers, exploiters and the employed; that the capitalists, while comparatively few, own the nation and control the government; that the courts and the soldiers are at their command, while the great majority of people remain in slavish misery.

The Socialist Party candidates do not plead for votes but expect that when workers fully understand their exploited condition it will be freely given to them. We, in the Socialist Party, endeavor to dispel the prejudice that exists and end the darkness that still prevails within the working class. We offer the enlightenment of political education and the power of political organisation. The appeal of the Socialist Party is to all, regardless of nationality, sex or race.  Economic slavery is the world’s greatest curse today. Poverty and misery and crime are its inevitable results. The Socialist Party is the one party which stands squarely and uncompromisingly for the abolition of wage slavery; the one party pledged to the industrial freedom of all the people. So long as the world’s resources and technology are the private property of a privileged class the mass of people will be at their mercy, poverty will be their lot. The struggle in which the world is engaged today is a class struggle and that in this struggle the workers can never win by giving their votes to capitalist parties. The big vested interests, the plutocracy, rule the land and loot the people with the same brutal defiance under either Labour or Tory governments. Too often people make their choice between Tweedledee and Tweedledum. No longer can the political harlots of capitalism betray the workers with manifesto promises manufactured for that purpose. It is now time to abandon once and for all political parties of whatever name which do not challenge the very existence of capitalism as an institution.

The working class will never be emancipated by the grace of the capitalist class, but only by overthrowing that class. It is self-defeating for working people to turn to pro-capitalist parties on polling day as it would be for them to turn to the employers’ associations when they are striking. Businessmen despise the working class. Why should the working class give their support to a pro-business party? Withdraw that support and capitalism begins to die. The boss-class can enslave and rob the workers only by the consent of the workers when they cast their ballots in elections. Every vote cast for a capitalist party, whatever its name, is a vote for wage-slavery, for poverty and degradation. Every vote cast for the Socialist Party, is a vote for liberation. We urge workers to make their power felt in this election.

The Socialist Party’s objective is not only to destroy capitalist despotism but to establish social democracy. Standing as it does for the emancipation of the working class from wage-slavery, for social self-rule and the equal freedom of all, the Socialist Party is the party of progress and the party of the future. Its triumph will signal the birth of a new civilisation and the dawn of a better days for all humanity. If you understand and accept our case for socialism, join the Socialist Party and hasten the day of victory. Don't wait until to-morrow. Join now! Its members are men and women who think for themselves and have convictions of their own. If you want socialism, we are inviting, nay, we are challenging you, to join us and do your part. The Socialist Party offers the only remedy, which is socialism. 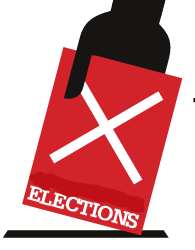