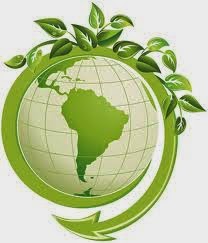 The world is in the middle of a food crisis. How we produce food is a deeply political issue that affects the lives and livelihoods of billions of people. In our global economy, it is not the amount of food produced which dictates whether people eat or starve. If it was, we would not see the inhumane but common spectacle of people malnourished while surrounded by food. Rather, it is the increasing grip which big business exerts over our food system, in accordance with  the power of profits and the market.

Agroecology encompasses the science of ecological principles as applied to food systems, the practices and techniques of sustainable farming, and a movement that addresses the social, economic and political aspects of food systems. A study of sustainable farming should focus as much on the rights of farmers, issues of land distribution, and the impact of big business on people’s livelihoods, as it should on farming methods and yields. Agroecology isn’t just a set of farming practices – it’s also about who controls our food.

The term agroecology is that, together with the term food sovereignty, it is widely used by the international movement La Via Campesina, which has over 200 million peasant farmer members in 160 organisations and 79 countries. La Via Campesina  are careful to point out that they support farming principles rather than focusing on terms alone:
“We can find examples of sustainable peasant and family farm agriculture all over the planet, though the names we use vary greatly from one place to another, whether agroecology, organic farming, natural farming, low external input sustainable agriculture, or others. In La Via Campesina we do not want to say that one name is better than another, but rather we want to specify the key principles that we defend…”

Food sovereignty is about the right of peoples to define their own food systems. Advocates of food sovereignty put the people who produce, distribute and consume food at the centre of decisions on food systems and policies, rather than the demands of global markets and corporations that have come to dominate the industrial food system.

There is now extremely good evidence that small-scale sustainable farming can deliver as much if not more food than large-scale corporate-controlled agriculture. For example, research by the UN showed that switching to agroecological farming methods has increased yields across Africa by 116% and by 128% in East Africa compared to conventional farming.

There is also plenty of evidence that the livelihoods of farmers and communities can be improved, and that agroecology can deliver a huge range of other benefits, including reducing the gender gap, creating jobs, improving people’s health, increasing biodiversity, and increasing the resilience of food systems to cope with climate change.

So why are governments, development agencies, policy makers and funders so focused on large-scale, high-input solutions which marginalise poor and small-scale farmers, have a negative impact on our environment, and do little to increase the resilience of our food system as a whole? The short answer is corporate power. A longer answer is that there is a significant economic and political bias in favour of large-scale industrial agriculture. This bias is created through an economic system which privileges industrial farming, large-scale land owners and monopolistic corporations, leading to political support for these vested interests.

As the eminent agroecologist Professor Miguel Altieri has put it:
“The issue seems to be political or ideological rather than evidence or science based. No matter what data is presented, governments and donors influenced by big interests marginalize agroecological approaches focusing on quick-fix, external input intensive ‘solutions’ and proprietary technologies such as transgenic crops and chemical fertilisers. It is time for the international community to recognize that there is no other more viable path to food production in the twenty-first century than agroecology.”

An estimated 90% of rural land in Africa is unregistered, making it particularly susceptible to land grabs and unfair expropriation by governments on behalf of multinational corporations. Behind the problem of insecure land tenure is a deeper rooted problem of land ownership inequality, which goes back to the colonial era and before and looms large to this day. Across the continent, households in the highest income per capita quartile control up to fifteen times more land than people in the lowest quartile.

Land tenure is a complex issue and improving tenure rights and the growth of private property rights can, in some cases, facilitate corporate land grabbing and strengthen private land ownership by already rich investors and farmers. Corporations and other powerful actors can increase their control of land either directly, with medium and long-term leases, or through direct land purchases, but they can also control land and labour through contract farming arrangements. Improving land tenure arrangements should go hand in hand with land reform and land redistribution which prioritises the needs of small-scale farmers and farming communities and reduces land ownership inequality.

We need a complete shift in who controls our food system. Power must be taken away from corporations and put back into the hands of the people and communities that produce and consume food. Only a movement of people calling for food sovereignty and agroecology will create this sort of change. No matter how many reports the UN publishes, or how many intimidating graphs are thrown at us, sustainable growth is not being taken seriously.

Taken from a report by Global Justice Now

To add support there is a new post on Vandana Shiva's blog -
BIODIVERSITY OR GMOS: WILL THE FUTURE OF NUTRITION BE IN WOMEN’S HANDS OR UNDER CORPORATE CONTROL? - http://www.navdanya.org/blog/?p=2017
Everything she claims is backed up by empirical evidence. As with Via Campesina V. Shiva is fully supportive of the vast majority of the world's population having control over the world's food supply. Let's just add that in socialism all decisions will be made democratically and food, as every other necessity, will be available free to all.