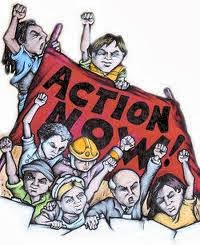 The commentator, Chris Hedges, has written a stirring piece that cn be read on the CommonDreams website. Here are some extracts.

“Aristotle, Niccolò Machiavelli, Alexis de Tocqueville, Adam Smith and Karl Marx all began from the premise there is a natural antagonism between the rich and the masses. “Those who have too much of the goods of fortune, strength, wealth, friends, and the like, are neither willing nor able to submit to authority,” Aristotle wrote in “Politics.” “The evil begins at home; for when they are boys, by reason of the luxury in which they are brought up, they never learn, even at school, the habit of obedience.” Oligarchs, these philosophers knew, are schooled in the mechanisms of manipulation, subtle and overt repression and exploitation to protect their wealth and power at our expense. Foremost among their mechanisms of control is the control of ideas. Ruling elites ensure that the established intellectual class is subservient to an ideology—in this case free market capitalism and globalization—that justifies their greed. “The ruling ideas are nothing more than the ideal expression of the dominant material relationships,” Marx wrote, “the dominant material relationships grasped as ideas.”

“The rise of an oligarchic state offers a nation two routes, according to Aristotle. The impoverished masses either revolt to rectify the imbalance of wealth and power or the oligarchs establish a brutal tyranny to keep the masses forcibly enslaved. We have chosen the second of Aristotle’s options. The slow advances we made in the early 20th century through unions, government regulation, the New Deal, the courts, an alternative press and mass movements have been reversed. The oligarchs are turning us—as they did in the 19th century steel and textile factories—into disposable human beings. They are building the most pervasive security and surveillance apparatus in human history to keep us submissive.”

“Class struggle defines most of human history. Marx got this right. The sooner we realize that we are locked in deadly warfare with our ruling, corporate elite, the sooner we will realize that these elites must be overthrown. The corporate oligarchs have now seized all institutional systems of power in the United States. Electoral politics, internal security, the judiciary, our universities, the arts and finance, along with nearly all forms of communication, are in corporate hands. Our democracy, with faux debates between two corporate parties, is meaningless political theater. There is no way within the system to defy the demands of Wall Street, the fossil fuel industry or war profiteers. The only route left to us, as Aristotle knew, is revolt.”

“The seesaw of history has thrust the oligarchs once again into the sky. We sit humiliated and broken on the ground. It is an old battle. It has been fought over and over in human history. We never seem to learn. It is time to grab our pitchforks.”

Full article at this link