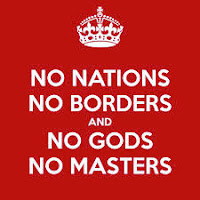 World Bank economist Branko Milanovic points out that the difference in gross domestic product per person between rich nations such as the US and Australia, and some of the poor countries of Africa, is about 50 to one. That's up from a ratio of 10 to one in 1960. Even in fast-growing Asian countries such as India, Bangladesh and Indonesia, hundreds of millions of people have not benefited much from the economic changes.

A recent report by investment bank UBS that compared prices and earnings across the world showed the real hourly wage rate of a bus driver (adjusted for the cost of living) was about $US20 in Sydney but only $US3 in India's biggest city, Mumbai. The same report found the weighted hourly wage for 15 common professions in Sydney was 12 times higher than in Jakarta. The gulf in average incomes is the main motivation for migration.

Now added to the migration equation is the widespread access to information. Thirty years ago, many people in poor countries knew very little about nations such as Australia. But the forces of globalisation have delivered televisions, mobile phones and the internet to billions with relatively low incomes. Now almost everyone knows about the comfortable lifestyles and high wage rates in wealthy nations. The global income gap has become common knowledge among the world's 7 billion people and that has fuelled the motivation for migration. Surveys have found that more than 40 per cent of adults in the poorest quarter of the world's countries would like to move permanently to another country if they had the opportunity. Hundreds of millions of people see migration as their only hope of improving their economic standing. Migration pressures will exist until inequalities between countries becomes much smaller. The "big solution" to ease migration pressures is lifting the quality of life in poverty-stricken countries. Only then will people have less motivation to migrate. Milanovic puts it this way: "Either poor countries will become richer, or poor people will move to rich countries.”

British economist Paul Collier in his new book on migration, Exodus, explains that new migrants do not drive down wages, as many believe. Collier's research shows the effects of migration on wage rates in host societies are "trivial relative to the fuss that has been made about them". Nor do migrants put pressure on the welfare budget - a recent report by the Organisation for Economic Co-operation and Development found migration was "neither a significant gain nor drain for the public purse".

Posted by ajohnstone at 2:11 am