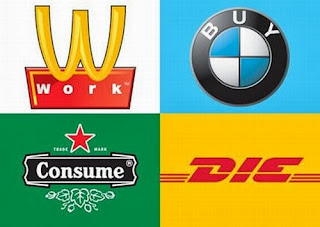 The following is an abridged and slightly edited version of a Naomi Klein article found on the Common Dreams website.

"In December 2012, the  complex systems researcher  Brad Werner addressed scientists at the Fall Meeting of the American Geophysical Union.  His session was titled: “Is Earth Fucked? Dynamical Futility of Global Environmental Management and Possibilities for Sustainability via Direct Action Activism”

He talked about system boundaries, perturbations, dissipation, attractors, bifurcations and a whole bunch of other stuff largely incomprehensible to those of us uninitiated in complex systems theory. But the bottom line was clear enough: global capitalism has made the depletion of resources so rapid, convenient and barrier-free that “earth-human systems” are becoming dangerously unstable in response.

When asked  by a journalist for a clear answer on the “are we fucked” question, Werner replied, “More or less."

There was one dynamic in the model, however, that offered some hope. Werner termed it “resistance” – movements of “people or groups of people” who “adopt a certain set of dynamics that does not fit within the capitalist culture”. According to the abstract for his presentation, this includes “environmental direct action, resistance taken from outside the dominant culture, as in protests, blockades and sabotage by indigenous peoples, workers, anarchists and other activist groups”. He was merely observing that mass uprisings of people – along the lines of the abolition movement, the civil rights movement or Occupy Wall Street – represent the likeliest source of “friction” to slow down an economic machine that is careening out of control. We know that past social movements have “had tremendous influence on . . . how the dominant culture evolved”, he pointed out. So it stands to reason that, “if we’re thinking about the future of the earth, and the future of our coupling to the environment, we have to include resistance as part of that dynamics”. And that, Werner argued, is not a matter of opinion, but “really a geophysics problem”.

He isn’t saying that his research drove him to take action to stop a particular policy; he is saying that his research shows that our entire economic paradigm is a threat to ecological stability. And indeed that challenging this economic paradigm – through mass-movement counter-pressure – is humanity’s best shot at avoiding catastrophe. Werner is part of a small but increasingly influential group of scientists whose research into the destabilisation of natural systems – particularly the climate system – is leading them to similarly transformative, even revolutionary, conclusions. This work should be of particular interest because it makes the ditching of that cruel system in favour of something new, and perhaps, with lots of work, better, no longer a matter of mere ideological preference but rather one of species-wide existential necessity.

But the truth is getting out anyway. The fact that the business-as-usual pursuit of profits and growth is destabilising life on earth is no longer something we need to read about in scientific journals. The early signs are unfolding before our eyes. And increasing numbers of us are responding accordingly; blockading fracking activity; interfering with Arctic drilling preparations in Russian waters ; taking tar sands operators to court for violating indigenous sovereignty; and countless other acts of resistance large and small.

It’s not a revolution, but it’s a start and it might just buy us enough time to figure out a way to live on this planet that is distinctly less fucked.”

The Socialist Party can certainly understand Klein’s position but our approach is to draw attention to the only solution and do our best to use our limited resources to convince people that the root cause of the environmental destruction of our world is not just a global capitalism as if there is an alternative capitalist system to be achieved,  but the abolition of capitalism in all its guises. We should be very careful not to divert attention from that fact.
Posted by ajohnstone at 1:59 am