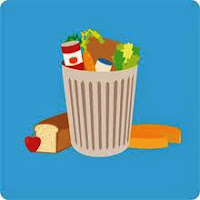 Despite huge productivity increases, the number of hungry and malnourished in the world isn't dropping.

As much as 80 percent of all the rice produced in developing countries in Southeast Asia -- totaling about 180 million tons -- is wasted annually, representing not only a loss of food, but also the waste of land, energy and water resources, even as food security continues to be a distant goal for several countries in the region, a report published on Friday by Institution of Mechanical Engineers, a U.K.-based group said.

The staggering level of wasted food in Southeast Asia is much higher than the worldwide level of wasted food -- up to 50 percent of the 4 billion tons of food produced worlwide every year goes to waste, according to the report. In China, which has been relatively successful in attaining food security compared to the rest of the region, about 45 percent of rice is wasted, while in less-developed Vietnam, about 80 percent of rice is lost. In India, about 20 million tons of wheat is wasted annually, and up to 40 percent of the country’s fruit and vegetable production is lost due to lack of cold storage and refrigerated trucks, and poor roads.

“The reasons for this situation range from poor engineering and agricultural practices, inadequate transport and storage infrastructure to supermarkets demanding cosmetically perfect foodstuffs and encouraging consumers to overbuy through sales promotion offers,” Tim Fox, head of Energy and Environment at the organization, said in a statement.

The report noted that, globally, there is the potential to provide 60 percent to 100 percent more food by eliminating waste, apart from conserving land, energy and water resources.

Yemi AkinBamijo, the executive director for the Forum for Agricultural Research in Africa (FARA), said up to 60 per cent of the crops produced in Africa doesn't reach the marketplace.

Frances Moore Lappé, author of  Diet for a Small Planet which pioneered the notion of ethical eating, explained three companies control 53 per cent of the global commercial seed market. "So concentrating power that is disempowering billions inevitably creates the experience of scarcity, no matter how much we grow."

This year's World Food Prize went to three pioneers of genetically modified seed technology, including representatives of Monsanto and Syngenta. That drew protests, which some biotechnology proponents labelled an anti-science backlash. Lappé disagreed. "For me, genetically modified organisms not only fail to address hunger, but they contribute to the concentration of power that is at the root of hunger," Lappé said. "The protest over this year's prize, it is not just about the seed, it is about the system."
Posted by ajohnstone at 4:19 am