One World - One People 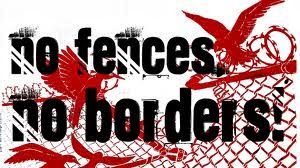 Just before dawn on, October 3, 2013,  an  over-crowded rickety trawler carrying approximately 500 people fleeing war and poverty sunk off the coast of Lampedusa, a small Sicilian island considered a gateway to Europe for immigrants. 296 bodies have been reported found, and only 155 of those onboard are confirmed to have survived. Year after year, thousands of migrants abandon their home countries to escape the poverty and unrest that plague them there. This year alone, 30,000 have left behind civil war, brutal regimes and violence to Italy, including 7,500 Syrians, 7,500 Eritreans and 3,000 Somalians. Twice as many migrants landed via ship in Italy and Malta during the first six months of 2013 alone as did during the same period in 2012. And as the number of migrants taking to the seas increases each year, so to does the number of disasters: 25,000 total have died in the Mediterranean Sea in accidents similar to this one, including 1,700 last year alone. That's a lot of people, and a lot of tragedy.

The price of seeking hope of a better future and an improvement in their lives is no longer just financial, desperate immigrants are paying the cost with their lives as well.

The reason that immigrants from Asia, Africa, the West Indies and  Latin America come is because their homelands are dominated the Big Money who use these countries as a source of raw materials and cheap labour and as markets for dumping their manufactured goods. Millions of workers are driven to emigrate to wealthier countries because of the desperate conditions in homelands  being plundered . Hand-in-hand with complicit  regimes they subject the people to barbaric repression and cut them off from all possibilities of development and a decent life. Consequently, many people come seeking employment and a better life. Once here, they find out that the bosses the state has a thoroughly racist policy towards immigrants. The issue is not one of “integration” or of teaching children that it’s not nice to call people nasty names but organising  and uniting the immigrants with the rest of us against the common enemy - the bosses.

The flow of immigrants impacts the words we use, the foods we eat, the bosses we work for, and even the music we listen and dance to. On a larger scale, immigrants affect domestic and foreign policy, the job market, education , and policing. No institution can ignore the role immigrants now play in shaping the daily life of most industrialised countries of the world. Most of the  undocumented immigrants did not get smuggled in but arrived at airports as tourists, students, or authorised workers, and simply stayed once their visas expired. The UK likes people who have legal documents, who speak English and who are white. Capitalist production methods now demand workers for short periods of time and has resulted in the creation of a permanent migrant labour class that is worked intensively for a short period, and quickly thrown out of work. Poverty and migrancy have always been the major weaknesses of  workers. Social isolation  makes it difficult to build organisation. Failure to remain in one place for any extended period and inability to support strikes have always hindered the growth of permanent and strong unionisation of migrant workers. The entire organised trade union movement will have to join the struggle and support it.

It is clear that many capitalists are eager to hire illegal immigrants. Undocumented status keeps immigrant workers permanently vulnerable, forcing them to be extremely cautious about speaking up against exploitation. This is exactly what capitalism needs: workers who have to accept miserably low wages and can’t complain.  The bosses realise that these workers can serve as an alternative labour supply, since native-born workers, through their past struggles have come to expect higher wages and benefits.The “liberal” employers are happy to welcome immigrants into the country, in controlled numbers, as long as they don’t fight for decent wages and conditions. Because of racism, migrants i tend to be concentrated in the lowest-paid, hardest and most dangerous occupations. These include jobs that were once unionised and well-paid but after successful cutbacks by the bosses, these industries no longer offer a living wage. The capitalists shore up their profits by a heavy reliance on migrant workforces. By forcing migrant workers into competition with native-born workers, the capitalists intensify the exploitation of all. The mass use of migrant labor, at a time of retreats by the unions and minimal job security, has stirred competition for jobs. This divide-and-conquer strategy can only be combatted by a conscious struggle for working-class unity rooted in a political program that defends the interests of all workers.

Supporters of the existing system believe they can survive through a mixture of lies that someone other than capitalism is responsible for the loss of jobs, the lack of houses, the low levels of benefits  – the worker in a Bangladeshi sweatshop, an Eastern European migrant or the asylum seeker from one of capitalism’s numerous wars.  Some British workers have always digested wholesale the racist and nationalist ideas and nor does this nationalist xenophobia always originate on the Right. Former Labour Party leader, Gordon Brown’s “British jobs for British workers” easily turns to “Foreigners out”. By stirring up race-hatred, the ruling class hope to divide and conquer.

The Welfare State faced the prospect of outright abolition. The fall in the real value of pensions and benefits, together with increased indirect taxation and cuts in the “social wage”—the National Health Service, state education, council housing and public transport—contributed to a significant reduction in living standards for the majority of the population. The worst affected were women, young people, pensioners, ethnic minorities, the unemployed and single parent families—those sectors of the working class who are least well-organised and therefore least able to defend their interests. The contradictions of capitalism prevent the full and all-round development of the people, individually and collectively, is evident to all. It generates feelings of powerlessness and alienation.  The Labour Party and most trades unions collaborate with the rule of capital instead of challenging it. They hold out the prospect of reforms and improvements to the system of  capitalism, but never undertake the task of abolishing it altogether. Reformism seeks to condition workers to accept the ‘reality’ of the ‘flexible labour market’ which means more intensive exploitation, greater insecurity and a declining quality of life. Class collaboration and reformism are dressed up as ‘new realism’ and ‘social partnership’. “Our” nationalism is not presented as nationalism.  Other people have nationalism. “We” have patriotism and pride.

The lesson should be clear. Just as the ruling class supports policies which protects its position, so must the working class support of a strategy which promotes its own position. Socialists are  at the forefront of asserting the realities of class against the myths of ethnicism.

A racist white union leaders’ testimony before the Louisiana state legislature following a 1907 strike [apologies for the language SOYMB]:
‘I guess before long you’ll call us nigger-lovers, too. Maybe you want to know next how I would like it if my sister married a nigger? I wasn’t always a nigger-lover. I fought in every strike to keep black labour off the dock. I fought until in the white-supremacy strike your white-supremacy governor sent his white-supremacy militia and shot us white-supremacy strikers full of holes. You talk about us conspiring with niggers. But let me tell you and your gang, there was a time when I wouldn’t even work beside a nigger. You made me work with niggers, eat with niggers, sleep with niggers, drink out of the same water bucket with niggers, and finally got me to the point where if one of them blubbers something about more pay, I say, ‘Come on, nigger, let’s go after the white bastards.’”
Quoted here

During a 1910 strike by the Brotherhood of Timberworkers (BTW), the lumber operators’ association tried to use blacks as strike breakers and baited the BTW for violating the norms of Southern society with its 50 percent black membership
‘The BTW takes the Negro and protects him and his family along with the white wage worker and his family on an industrial basis. As far as we, the workers of the South, are concerned, the only “supremacy” and “equality” they [the employers] have ever granted us is the supremacy of misery and the equality of rags ... No longer will we allow the Southern oligarchy to divide and weaken us on lines or race, craft, religion, and nationality.’

The working class have but one enemy. They have the task of rising up and uniting together against the rule of the capitalist class. To win victory over such a powerful enemy there must be unity among the workers of all nationalities and all colours.  The response is not to hope that some ‘universal morality’ will prevail, rather it is to fight for the common interest of working class unity. Today, socialists must, as they have in the past, take a stand in combating chauvinism and nationalism, to strive to unite all who can be united in the struggle against the employers. By doing so we will be upholding the basic principles and interests of the working class. Working class unity makes it impossible for the capitalists to go on in the old way of divide and rule. Working class unity enables us to combine our tactics for defending our class with the strategy of liberating our class.

“For a' that and a' that
It's coming yet for a' that.
That man to man the world ow,r
Shall brithers be for a' that.”
Robert Burns

AJJ
Posted by ajohnstone at 3:10 am