Our Case for Socialism 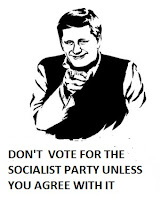 Democracy under capitalism is reduced to people voting for competing groups of professional politicians, to giving the thumbs-up or the thumbs-down to the governing or opposition party. Political analysts call this the "elite theory of democracy" since under it , all that the people get to choose is which elite should exercise government power. This contrasts with the original theory of democracy which envisages popular participation in the running of affairs and which political analysts call "participatory democracy".

This is the sort of democracy the Socialist Party favours but we are well aware that it is never going to exist under capitalism. The most we will get under capitalism is the right to vote, under more-or-less fair conditions , for who shall control political power—a minimalist form of democracy but not to be dismissed for all that since it at least provides a mechanism whereby a socialist majority could vote in socialist delegates instead of capitalist politicians.

Capitalist democracy is not a participatory democracy, which a genuine democracy has to be. In practice the people generally elect to central legislative assemblies and local councils professional politicians who they merely vote for and then let them get on with the job. In other words, the electors abdicate their responsibility to keep any eye on their representatives, giving them a free hand to do what the operation of capitalism demands. But that’s as much the fault of the electors as of their representatives, or rather it is a reflection of their low level of democratic consciousness. It cannot be blamed on the principle of representation as such. There is no reason in principle why, with a heightened democratic consciousness (such as would accompany the spread of socialist ideas), even representatives sent to state bodies could not be subject – while the state lasts – to democratic control by those who sent them there.

Socialism is almost globally misunderstood and misrepresented. In case you do not realise , the economic re-organisation being called for is certainly not State ownership or nationalisation or even mixed economy, which unfortunately has been represented as the socialists objective when nothing further is from the truth. Socialism will be a basic structural change to society, and many of the things that most people take for granted, as "just the way things have to be", can and must be changed to establish socialism.

People tend to accept as true the things they hear over and over again. But repetition doesn't make things true. Because the truth and the facts often contradict "common knowledge", socialists have to show that "common knowledge" is wrong. The task of capitalist ideology is to maintain the veil which keeps people from seeing that their own activities reproduce the form of their daily life, the task of the Socialist Party is to unveil the activities of daily life, to render them transparent.

Capitalist ideology treats land, capital, and the products of labour, as things which have the power to produce, to create value, to work for their owners, to transform the world. This is what Marx called the fetishism which characterizes people's everyday conceptions, and which is raised to the level of dogma by Economics. For the economist, living people are things - factors of production -, and things live ie money - works and Capital - produces .Yet when men refuse to sell their labour, money cannot perform even the simplest tasks, because money does not "work". The notion of the "productivity of capital," and particularly the detailed measurement of that "productivity," are inventions of the "science" of Economics.

Matters little if capitalism is small or large - either way , it is based on robbery. The choice of "good" or "bad" capitalism is little different than choosing between typhoid or cholera.

Capitalism is in fact not just an exchange economy but an exchange economy where the aim of production is to make a profit. Profit is the monetary expression of the difference between the exchange value of a product and the exchange value of the materials, energy and labour-power used to produce it, or what Marx called “surplus value”. Defenders of capitalism never seem to ask themselves the practical question about what the critical factor determining a production initiative in a market system. The answer is obvious from everyday experience. The factor that critically decides the production of commodities is the judgement that enterprises make about whether they can be sold in the market. Obviously, consumers buy in the market that they perceive as being for their needs. But whether or not the transaction takes place is not decided by needs but by ability to pay. So the realisation of profit in the market determines both the production of goods and also the distribution of goods by various enterprises. In the market system the motive of production, the organisation of production, and the distribution of goods are inseparable parts of the same economic process: the realisation of profit and the accumulation of capital. The economic pressure on capital is that of accumulation, the alternative is bankruptcy .

Socialist determination of needs begins with consumer needs and then flows throughout distribution and on to each required part of the structure of production.

Socialism will make economically-unencumbered production decisions as a direct response to needs. With production for use, the starting point will be needs.

Socialism is a decentralised or polycentric society that is self regulating, self adjusting and self correcting, from below and not from the top. It is not a command economy but a responsive one. By the replacement of exchange economy by common ownership basically what would happen is that wealth would cease to take the form of exchange value, so that all the expressions of this social relationship peculiar to an exchange economy, such as money and prices, would automatically disappear. In other words, goods would cease to have an economic value and would become simply physical objects which human beings could use to satisfy some want or other. The disappearance of economic value would mean the end of economic calculation in the sense of calculation in units of value whether measured by money or directly in some unit of labour-time. It would mean that there was no longer any common unit of calculation for making decisions regarding the production of goods. Socialism is a money-less society in which use values would be produced from other use values, there would need no have a universal unit of account but could calculate exclusively in kind. The only calculations that would be necessary in socialism would be calculations in kind. Calculation in kind entails the counting or measurement of physical quantities of different kinds of factors of production. There is no general unit of accounting involved in this process such as money or labour hours or energy units. On the one side would be recorded the resources eg materials, energy, equipment, labour, used up in production and on the other side the amount of the good produced, together with any by-products. This, of course, is done under capitalism but it is doubled by an exchange value calculation: the exchange value of the resources used up is recorded as the cost of production while the exchange value of the output after it has been realised on the market is recorded as sales receipts. If the latter is greater than the former, then a profit has been made; if it is less, then a loss is recorded. Such profit-and-loss accounting has no place in socialism and would, once again, be quite meaningless. 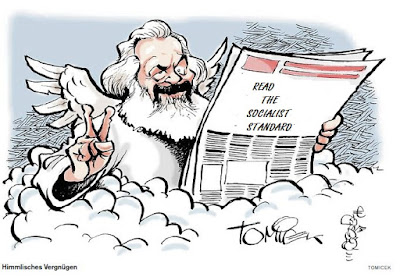