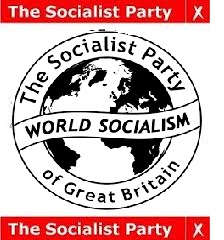 Profit or Needs, not Leave or Remain, is the real issue

This election, we’re told, is about Brexit. Whether ‘we’ will be richer or poorer, freer or more subservient if we stay in or leave the European Union, with or without a deal.

But does anyone seriously expect that Leaving or Remaining will end child poverty? Homelessness and food banks? Collapsing health and social services? Unemployment – or the mass insecurity of zero-hour-contracts? War and forced migration? The destruction of the Earth’s wildlife and natural resources? The threat of disastrous climate change?

The Brexit ‘debate’ simply obscures the real issue: a failed economic system where nothing is produced unless a profit can be made from it. Where human needs are everywhere subject to the inhuman demands of market forces. And this system will continue to rule our lives whether our new leaders are based in Brussels or London, Belfast or Edinburgh.

The Socialist Party stands for putting an end to this profit system. For replacing it with a society based on the common ownership and democratic control of the world’s natural and industrial resources.

We live in a world of potential plenty, where we could meet our needs by freely cooperating on the basis of ‘from each according to their ability, to each according to their needs.’ There is no need for anyone anywhere in the world to go without what they need to live a happy, healthy and fulfilled life. What prevents this is the ownership of resources today by a privileged few and production for sale with the aim of making a profit.

The parties committed to running the market system – and that includes the Labour Party and the Greens – are making empty promises. A vote for them is a wasted vote as this system operates on the basis that making profits must always come before meeting needs, whatever those in government might want or have promised.

We are standing here to give you a chance to show that you reject the profit-driven market system and want a classless society of equal men and women geared to directly satisfying people’s needs.

The Socialist Party candidate standing in the Folkestone and Hythe constituency is Andy Thomas. 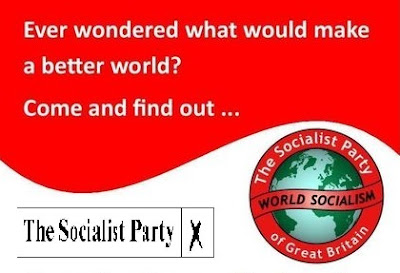