In defense of free speech 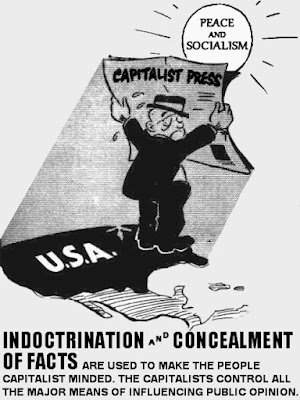 The classical defense of free speech is that penned by John Stuart Mill in On Liberty (1859). Mill finds social value in open conflict between ‘received opinion’ and dissenting opinions because a dissenting opinion may be wholly or partly true, but also because

even if the received opinion be not only true, but the whole truth; unless it is suffered to be, and actually is, vigorously and earnestly contested, it will, by most of those who receive it, be held in the manner of a prejudice, with little comprehension or feeling of its rational grounds. And not only this, but the meaning of the doctrine itself will be in danger of being lost, or enfeebled, and deprived of its vital effect on the character and conduct: the dogma becoming a mere formal profession, inefficacious for good, but cumbering the ground, and preventing the growth of any real and heartfelt conviction, from reason or personal experience.

Mill’s insight was to be vindicated in the political life of the ‘communist’ states, where long-uncontested orthodoxy degenerated into empty ritual.

Perhaps Mill is not socialist enough for some readers, so let’s also see what ‘Red Rosa’ wrote in her polemic with Lenin, The Russian Revolution (1918):

Freedom only for the supporters of the government, only for the members of one party – however numerous they may be – is no freedom at all. Freedom is always and exclusively freedom for the one who thinks differently. Not because of any fanatical concept of ‘justice’ but because all that is instructive, wholesome and purifying in political freedom depends on this essential characteristic, and its effectiveness vanishes when ‘freedom’ becomes a special privilege.

Even in Lenin’s Russia there was not much ‘freedom for the one who thinks differently’ – and under Stalin there was none at all. How lucky we are to be living in the ‘land of the free’ – America!

How much free speech in the US and UK?

Well, yes, but the difference is not as wide as you may think. True, we are able to express unorthodox opinions in small-circulation publications and on websites such as this one. However, the vast majority of American mass media are owned by just five corporations — Comcast, Disney, News Corporation, AT&T, and National Amusements. And these corporations exercise strict control over the range of opinion they allow to be expressed. Care is also taken not to upset existing or potential advertisers.[1]

MSNBC is considered a liberal news outlet, but its management and that of its owner, the Comcast corporation, set firm limits. It was not allowed to cover Bernie Sanders’ race to become Democratic presidential candidate in 2016. TV host Ed Schultz got fired for covering Sanders. Instructions from the top lay down what MSNBC hosts can talk about and how they can talk about it.

Turning to the UK, The Guardian (originally The Manchester Guardian) has a long tradition as the flagship of British liberalism. It often contains valuable reportage. However, several of its columnists – Mark Steel, Jeremy Hardy, Nafeez Ahmed — have been fired for expressing views considered ‘too left-wing.’ Even award-winning journalist John Pilger is no longer welcome at the newspaper.[2]

Another striking example of the suppression of opinion is given in an interview by Noam Chomsky, who is well known abroad but boycotted by the corporate media in the country where he lives, the United States.[3]

The first book that Ed [Edward S. Herman] and I wrote together, Counterrevolutionary Violence, was published by a small publisher that was doing quite well. They published 20,000 copies and were ready to distribute it. The publisher was owned by a big conglomerate, Warner Brothers, now part of Time Warner. One of the Warner executives saw the advertising for the book and did not like it. He asked to see the book and when he saw it he went berserk and ordered them to stop distributing it immediately. The publisher at first did not agree. They said they would publish a critical volume with contrary views, but that was not enough to prevent its suppression. In the course of the discussion he just put the whole publisher out of business, destroying all their stock — not only our book, but all their books. We brought this to the attention of some civil libertarians at the American Civil Liberties Union. They did not see any problem. It is not government censorship; it is just a corporation deciding to destroy a publisher to prevent them distributing a book.

Generally speaking, capitalism is a system of production for profit. But evidently publishing is a partial exception to the rule. The Warner executive in this case was concerned not with the publisher’s bottom line but with the ideas being spread in their books. From this point of view, the better those books were selling the worse.

The scope of censorship in the corporate media is suggested by Project Censored, subtitled The News That Didn’t Make The News, initiated in 1976 by Professor Carl Jensen and his students at Sonoma State University. Project coordinators select 25 censored stories each year for publication in a volume. Forty-six volumes containing 1,150 stories have appeared. The stories encompass a wide range of issues of public concern. In the 2022 volume, for instance, we find investigative reports on prescription drug costs, racial bias in police use of dogs, wildcat strikes, and microplastic contamination of seafood.[4]

Even more important than censorship, however, is self-censorship – the stories that cannot be censored because they remain unwritten.

Although suppression of free speech by media corporations has the furthest-reaching effects, all employers have the power to suppress the free speech of their employees, even when off duty, by threatening dismissal.

Government employees are not free to reveal anything that they learn in the course of their work. Those who for reasons of conscience make unauthorized disclosures are treated as dangerous criminals, as shown by the case of US Army intelligence analyst Chelsea Manning. Similar punishment is meted out to publishers of such information, such as Wikileaks founder Julian Assange, who faces imminent extradition from Britain to the US on espionage charges.

Suppression of opinion by the ‘left’

As if suppression of opinion by the corporate ‘right’ were not bad enough, there is a rising threat of suppression of opinion by what passes nowadays for the ‘left’ – assorted ‘woke’ movements based mainly on racial and sexual identities. Some of these movements have won institutional backing, especially in academic institutions but in some places even in government. If you disagree with any aspect of their dogma – for example, if you voice concern about gendered bathroom policy — then you will be labeled a ‘bigot’ and reprimanded; and if you continue to express your views you will be fired.

One harmful consequence of ‘woke’ intolerance is that many people come to see the ‘left’ as the chief culprit in the suppression of free speech and that may lead them to identify with the ‘right.’ In fact, censorship by the capitalist class is even more pervasive and effective than censorship by the ‘left’; few are aware of it because the fact of the censorship is itself very effectively censored.

It is widely held that the expression of certain ideas must be suppressed because it constitutes ‘hate speech.’ Hate speech distresses its targets and exposes them to stigma, assault, even murder. There is no place for hate speech in a civilized society. So we are told.

This might be all very well if only the boundaries of hate speech were clearly definable. But they are not. If ‘hate speech’ meant no more than incitement to violence, its prohibition would be more acceptable, though in that case there would be no need for a special term. Even here there is a gray area – namely, speech that encourages victims of violence to resort to violence in self-defense.

However, the concept of ‘hate speech’ is used much more broadly. It is highly susceptible to politically motivated manipulation and abuse.

Any criticism or grievance against any person, group, organization, movement, or state regime can easily be – and often is — construed as hate speech. True, the risk of it being so construed can be reduced by the use of mild and ‘tactful’ language, but even this is no guarantee. And why should a strongly held grievance not be expressed in suitably strong terms?

The accusation of hate speech is often used quite cynically to discredit and silence political opponents. If critics are accused of hating their country, there is no need to address their criticism. Several states routinely attribute opposition to their policies to hatred of the nation they claim to represent. If you object to the way the People’s Republic of China treats the Uyghurs, that is because you are a Sinophobe (even if you yourself are Chinese). If you condemn the Russian invasion of Ukraine, you are a Russophobe (even if you are Russian). And if you protest against Israel’s violation of the rights of Palestinians, you are an anti-Semite (even if you are Jewish).

A common method used by American politicians to incite hatred in an audience of supporters is falsely to accuse their opponents of hatred: they hate us, they hate our country, they hate our way of life. Those who accuse others of hatred are actually the ones inciting hatred.

While lip service is paid to the general unacceptability of hate speech, in practice attitudes to the expression of hatred depend on the political status of the targets. No one is likely to suffer serious consequences from expressing hatred of people stigmatized as ‘terrorists.’ Facebook allows users to call for the death of Iranian leaders and recently decided also to permit calls for the death of Vladimir Putin.

As socialists we have a special reason to beware of calls to prohibit hate speech. We ourselves can easily be accused of hate speech whenever we talk about class divisions or advocate the disempowerment and dispossession of the capitalist class.

In defense of free speech – World Socialist Party US (wspus.org)