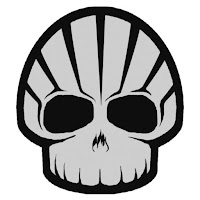 Oil giant Shell has doubled its profits in the last quarter, thanks to the surge in energy prices since the Ukraine war began which are hammering households and businesses.

Shell has reported record adjusted earnings of $11.47bn (£9.4bn) for the last quarter, up from $5.5bn in April-June 2021, as it benefitted from higher realised prices, higher refining margins, and stronger gas and power trading. That smashes Shell’s record quarterly profit of $9.1bn racked up in January-March, and above analyst forecasts.

The company will funnel more cash to investors, announcing a share buyback programme of $6bn in the third quarter.

Meanwhile, the UK’s energy price cap could hit £3,850 per year in January. BFY Group, a utilities consultancy, warns that more vulnerable households, on prepayment meters, could see energy bills of £500 for the month of January alone. Consumers were also warned that annual charges of more than £3,500 a year, or £300 a month, could become the norm “well into 2024”.

Posted by ajohnstone at 6:54 am