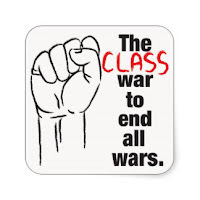 At no time since the Second World War has the talk of war, the fear of war, and the imminent probability of another global war, so weighed so heavily upon the minds of men and women.

War fever and nationalist hysteria are ugly, not just for itself but also for where it springs from. With the Russian invasion of Ukraine, once again the world is in balance despite all the past assurances that capitalism could solve the problem of war with a little more good intention and a few more skilful diplomats. However, capitalism is a social system which by its nature prohibits co-operation; free access to its wealth goes against its basic principles. It is a system in which the means of production and distribution are monopolised by a minority and used to produce articles for sale on a market with a view to profit. In order to make profit those articles have to be marketed in competition with those of rivals. It is this competition that leads to war in the modern world: in the last resort capitalism’s trade struggles to acquire or defend markets, territories rich in minerals and other resources and exploitable populations—and the trading routes to connect these—lead to armed conflict.

Although these disputes are the sole concern of rival groups of capitalists, they need to persuade the other class in society, the working class, to actually participate and convince them to sacrifice themselves. For the people who fight in them, the wars of capitalism are a futile shedding of much blood. There is a greater task awaiting fellow workers: the abolition of capitalism and its replacement by a socialist society, in which the means of life will be the property of all. Socialism will be a cooperative society in which everyone will stand equally and there will be free access to the world’s wealth. It will be a constructive society, not one based on destructive power.

Workers are not to be told that the Russian invasion is a quarrel over markets and trade-routes, and strategi alliances fought out in the interests of the capitalists. They will be told anything but that—the humbug, the lies the media, the Tory and Labour leaders where the sincere and the insincere join together to persuade the workers that it is war to preserve peace, democracy and the independence of Ukraine.

The independence of Ukraine is a lie and a myth. For years the meaning of the word has been foreign to Ukrainian capitalists and workers. For years Ukrainian capitalists have been in the pockets of the EU capitalists. The ruling class of Ukraine is propped up by fascists. The war represents a quarrel between the capitalists of Europe over the wealth they own and want to own. The working-class interests are not at stake. The Socialist Party will play no part in obscuring the issue in this quarrel between the capitalists of Europe.  A basic understanding of capitalism would indicate that the only freedom workers ever fight for in wars is the freedom of their national, capitalists to do exactly as they wish to make a profit.

All these economic and geo-strategic interests are the interests of competing groups of capitalists and of the states under their control. Working people have no stake in the game. Should matters come to war they have nothing to gain and everything to lose. As socialists, we ask working people on both sides of the conflict to reflect upon this and act accordingly.

The members of the Socialist Party are unique in opposing all war – not just certain types of war or certain situations. This is based on a recognition that the interests of the working women and men who usually make up the cannon-fodder and collateral damage of war can never be aligned with states and governments. We oppose the monopoly that the global owning class have over ownership of the Earth's productive resources that are the usual spoils of armed conflict.

The way things are organised is neither natural nor inevitable, but created by people. People have a wealth of skill, intelligence, creativity and wisdom. We could be devising ways of using and distributing the earth’s vast resources so that no one starves or lives in abject poverty, making socially useful things that people need — a society which is life-affirming in all its aspects. when enough of us want it we will be able to combine those two remarkable human capacities, the emotional and the rational, in order to take things into our own hands and run our own society, our own world, in the interest of all people. Only then will peace be possible.