The climate crisis is also a racial crisis. 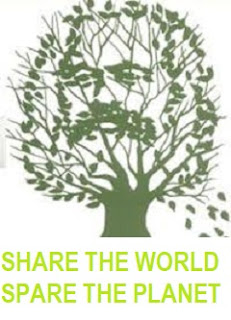 The climate and ecological crises are a legacy of systemic racism and people of colour suffer disproportionately from their harms, a Greenpeace UK report says. Globally, the report says, it is people of colour who, despite having contributed the least to the climate emergency, are now “disproportionately losing their lives and livelihoods” by the millions because of it.

“The environmental emergency is the legacy of colonialism,” the report says. This was because colonialism had “established a model through which the air and lands of the global south have been … used as places to dump waste the global north does not want”, the report says. It adds that similar inequalities are visible in the UK, where almost half of all of the waste-burning incinerators are in areas with high populations of people of colour.

In London, black people are more likely to breathe illegal levels of air pollution, and black people in England are nearly four times as likely as white people to have no access to outdoor space at home, it says.

The report traces the roots of the environmental emergency to colonialism, slavery and the plunder of resources from the global south. Greenpeace says it is making environmental justice a central pillar of its work.

“We argue that the outcomes of the environmental emergency cannot be understood without reference to the history of British and European colonialism, which set in motion a global model for racialised resource extraction from people of colour.”

Climate emergency is a legacy of colonialism, says Greenpeace UK | Greenpeace | The Guardian