It is your union 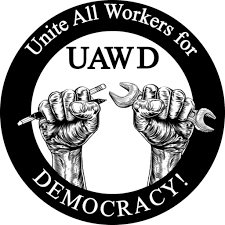 Auto Workers (UAW) members made history last November, winning direct elections of national officers (“one member, one vote”) in a membership referendum. The road to the referendum was paved with corruption: officials embezzling and misusing funds and taking bribes from an employer. Many auto workers are frustrated at years of contract concessions that have allowed automakers to build a two-tier workforce, with the number of temporary and lower-paid workers ballooning.

Now delegates are headed to a Constitutional Convention where candidates will be nominated for the top slots. The whole process will put to the test whether reformers can break the iron grip of the Administration Caucus, the one party that has ruled the union for 70 years.

Neil Barofsky, the federal monitor assigned to clean up the scandal-ridden Auto Workers, issued his third report on the state of anti-corruption reform among UAW leadership on July 19, days before the union’s convention.

The report details the monitor’s extreme frustration with union officials’ stonewalling over many months, stating that “the Union’s cooperativeness veered sharply in the wrong direction.”

Top officers “repeatedly failed to even respond to the Monitor’s requests for interviews and documents” and concealed evidence of a high official’s “mishandling of a sum of cash.”

Unite All Workers for Democracy (UAWD) has put forward a platform for delegate candidates with the motto, “No Corruption. No Tiers. No Concessions!” Dozens of UAWD members have been elected delegates by their locals on this platform. 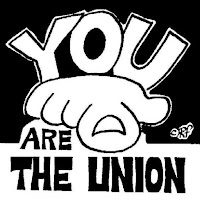 Posted by ajohnstone at 4:46 pm