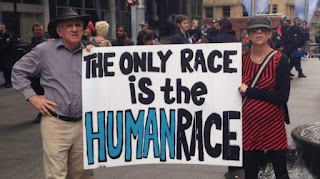 Dozens of African migrants died trying to scale a fence separating Morocco and Spanish territory in an attempt to enter the “Spanish” enclave of Melilla. Geographically, Melilla is part of Africa, but it belongs to Spain. As such, it is part of the European Union. For migrants and asylum seekers, trying to climb the fences separating the African continent from the EU is worth the risk. Once in the EU, in this case, Melilla, European and human-rights laws apply. It doesn’t matter how you arrived.

Following the Melilla deaths, there were no warm sentiments of solidarity from politicians. Instead, Spanish Prime Minister Pedro Sanchez at the NATO summit reaffirmed the need to secure Spain’s borders and asked for support in doing so.

Compare this with the welcome offered to Ukrainians by Spain and other EU nations. They bent over backwards to provide housing, free movement, and access to education facilities and the job market. The Africans and Ukrainians are equally deserving of humane treatment. Ukrainians received it while the Africans did not.

Skin colour determines who lives and who dies. This is why it's known as Fortress Europe. When it comes to migration, Black lives don’t matter. There was no safe route for those people to apply for asylum legally. In their eyes, the better option was placing their trust in human traffickers rather than a system that privileges white migration.

Border forces are brutal and essentially operate as thugs in uniform, usually spoiling for some kind of “action” – unless you’re white. The system isn’t broken. It’s working as it was designed.

The color of migration policy around the world | Opinion - Alternet.org

Posted by ajohnstone at 2:41 am