Why is there war? 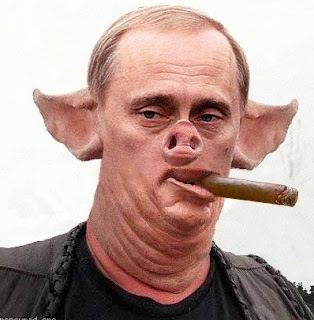 ‘Ordinary’ folk in ordinary situations don't have enemies. We may know people who hold opinions we don't share or like, and we may meet people whom we don't want to have as friends but personal enemies are rare. Most people have no desire to deliberately kill another human being. Even personal disagreements and feuds rarely conclude so drastically.

Our most dangerous enemies the world over are the insidious, manufactured histories refashioned and spun in favour of the storyteller to keep us onside and supportive of foreign policies. Part-truths, withheld information and fake news as opposed to the truth, the whole truth and nothing but the truth is the norm. The "gratitude" of the ruling class for whom war is fought and won has a quick expiry date.

A war veteran hopes for the end of all wars as promised in “the war to end all wars” and the new recruit what he has been told, that he one of the ones to finally put the world to rights. Both are disappointed as actual history shows again and again. A world without conflict  can be achieved by the world's citizens in general agreement that they are no longer prepared to pay the price that has been demanded of them for so long.

It is the duty of the military of each country concerned is ordered, along with the other armed services, to carry out its function as the protector of the foreign interests of its native capitalist class. Not that the protection of capitalist interests will be the reason given for hurling masses of young men, mostly members of the working class, into bloody conflict against other masses of young men, similarly mainly workers. The various propaganda machines will manufacture high-sounding excuses. The war is a fight for “democracy over autocracy”, for “breathing-space”, to defend “the rights of small nations”. Augmented now by hosts of wartime conscripts the task for each army is to wreak what havoc, destruction and death it can upon the armies of the “enemy” countries. For no other reason than that they have been ordered to do so by their respective governments, man kills man so that his masters' trading interests are furthered or at least protected from damage.

Capitalism is a system whose roots are embedded in military conflict whether under a Labour Government just as much as a Conservative Government. The frenzied scramble for markets and sources of supply, as well as trade routes, culminates in a war when threats and diplomatic jiggery-pokery fail to give sections of the capitalists, in their internal strife, the sought-for supremacy in the limited markets of the world. When the struggle for markets has reached the peak of frantic intensity the shadow of war becomes ominous; capitalists will not lose the privilege of reaping the results of the exploitation of workers without the resort to armed conflict, particularly as these same workers may be persuaded to risk their lives in their masters’ battles. Terrible though the prospects of war are, the capitalist class of the world do not hesitate; in spite of the threat of nuclear missile, so you may be assured that they will not hesitate, as the present concentration on large scale means of destruction makes clearly evident. That the world’s leaders are still prepared to continue their nuclear logic , that they are continually prepared to wipe out millions of their fellow humans to further the interests of a minority should shatter any illusions the future we have will proceed on a different course. While we contemplate the wars, the conflicts and the horrors our masters have in store for us this coming century, it is also important to remember that we as a class hold the power to prevent the same from coming about. The profit motive kills all human feelings and excuses the most fiendish brutality.

There is only one solution to the problem of war, the removal of its cause. War arises out of the private property basis of capitalism, which drives capitalist sections into conflict over the disposal of the wealth produced by the worker. This conflict will only disappear when the workers of the world take possession of the means of production and distribute products freely wherever they are needed. Then there will not be markets to fight for because buying and selling will have been abolished. Socialism is the only solution to the problem of war in the modern world.

As for the workers of Ukraine they will rapidly find that they have just changed one set of rulers for another no matter who prevails in the war. We are not ruled by force or coercion, but by consent. The Putins and the Zelenskyys of this world can only do the things they do because we vote them in, thus legitimising their actions, however detrimental they may be to our interests. War and conflict and all the terrors we dare to imagine only come to pass because we refuse to join together as a class to express our class interests.