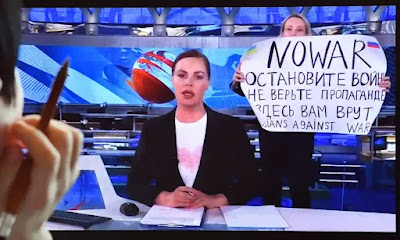 Russian police have detained the journalist Marina Ovsyannikova, who in March interrupted a live television broadcast to denounce the military action in Ukraine.

On Friday, Ovsyannikova posted photos of herself on Telegram showing her near the Kremlin and carrying a protest placard raising the deaths of children and denouncing Putin as a “killer”.