Wage theft is so pervasive that it’s costing workers at least $15 billion a year —  more than the amount stolen in robberies.

When a recession hits, U.S. companies are more likely to cheat their lowest-wage workers. These businesses often pay less than the minimum wage, make employees work off the clock, or refuse to pay overtime rates. In the most egregious cases, bosses don’t pay their employees at all. Companies that hire child care workers, gas station clerks, restaurant servers and security guards are among the businesses most likely to get caught cheating their employees, according to a Center for Public Integrity analysis of minimum wage and overtime violations. The data doesn’t include violations of state wage-theft laws or cases where employees sued. And it misses all the workers who don’t file complaints, either because they’re afraid to or are unaware of their rights.

Major U.S. corporations are some of the worst offenders. They include Halliburton, G4S Wackenhut and Circle-K stores, which agency records show have collectively taken more than $22 million from their employees since 2005. Their victims toil on the lower rungs of the workforce.

Companies have little incentive to follow the law. The Labor Department’s Wage and Hour Division, which investigates federal wage-theft complaints, rarely penalizes repeat offenders. The agency fined only about 1 in 4 repeat offenders during that period. And it ordered those companies to pay workers cash damages — penalty money in addition to back wages — in just 14% of those cases. On top of that, the division often lets businesses avoid repaying their employees all the money they’re owed. In all, the agency has let more than 16,000 employers get away with not paying $20.3 million in back wages since 2005, according to Public Integrity’s analysis.

The oilfield services company Halliburton illegally withheld $18.7 million from 1,050 employees, Labor Department records show, but staff investigators never ordered the company to pay cash damages on top of the back wages. The department fined Halliburton in only three of eight cases it brought against the company.

Federal investigators caught Circle-K stores underpaying employees 22 times since 2005, most recently in February 2020. The total: $54,069 taken from 120 employees. But the Labor Department only fined the company four times and ordered it to pay damages to employees in two cases. In six cases, the company didn’t pay all the money it owed employees, known as back wages. The agency closed those cases anyway without further action.

G4S Wackenhut and its subsidiaries, which provide security services to companies and courthouses, illegally denied nearly $3.3 million to 1,605 employees. Federal investigators never ordered the company to pay damages to employees and only issued a fine in nine of 47 cases, totaling less than $41,000.

“Some companies are doing a cost-benefit analysis and realize it’s cheaper to violate the law, even if you get caught,” said Jenn Round, a labor standards enforcement fellow at the Center for Innovation in Worker Organization at Rutgers University.

At a 2015 hearing in Philadelphia, a law professor from Temple University told the City Council that employers stole wages from tens of thousands of Philadelphia workers every week. The professor, Jennifer Lee, was pointing to findings from a study by the university’s Sheller Center for Social Justice.

“This tells us that wage theft is no accident,” Lee told city lawmakers. “It’s not a few bad apple employers or a few new businesses that don’t understand the law, but rather a calculated approach by employers to maximize their profits on the backs of their workers.”

Companies are more prone to cheating employees of color and immigrant workers, according to Daniel Galvin, a political science professor and policy researcher at Northwestern University. Immigrants and Latino workers were twice as likely to earn less than the minimum wage from 2009 to 2019 compared with white Americans. Black workers were nearly 50% more likely to get ripped off in comparison.  Galvin reports in his forthcoming book, “Alt-Labor and the New Politics of Workers’ Rights,” that the lowest-paid workers lost roughly $1.67 per hour — about 21% of their income — to wage theft from 2009 to 2019.

How companies rip off poor employees — and get away with it (apnews.com) 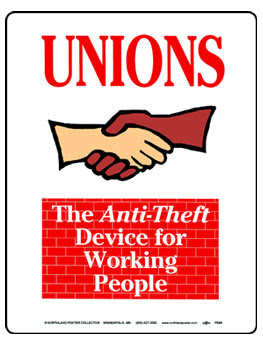 Posted by ajohnstone at 7:55 am