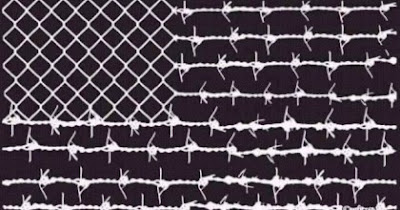 It never fails to surprise this blog how history is so easily forgotten when it is convenient to do so.

Even the liberal media describe the situation at America's southern border as a crisis implying that a nation with the wealth and resources that the USA possesses would struggle to solve it.

131,000 Vietnamese refugees in the U.S. in 1975 (and, by the way, 90,000 also entered Australia.) Since 1975, it has accepted more than 3 million refugees from various parts of the world, while more than 430,000  asylum seekers have been granted lawful permanent residence since 1990. Vibrant refugee communities can be found in almost every city, integrated and assimilated.

How can the developing and undeveloped nations cope with their genuine refugee problems?

Lebanon is a tiny country facing a massive economic crisis, but one of every five people is a refugee —  which is the equivalent of the United States taking in 66 million.

Globally, more than 80 million people, including 34 million children, have been forced from their homes because of war, violence, economic collapse, or climate disasters. Among these, 26 million are refugees, forced out of their country. Another 4 million are seeking asylum.

More than two-thirds of refugees come from just five countries — Afghanistan, Syria, Myanmar, Venezuela, and South Sudan — none of which are in Central America.

These refugees have mostly sought safety in nearby countries. Millions of Syrians fled to Turkey. Venezuelans poured into Colombia. Afghans escaped war in Pakistan, and South Sudanese in Uganda. Myanmar’s Rohingya fled to Bangladesh.

The USA likes to believe it is a nation where the government remains subject to the law.  The United States signed the 1951 Convention on the Status of Refugees, committing itself under international law to protect refugees. According to the United Nations refugee agency, the Convention’s “core principle is non-refoulement, which asserts that a refugee should not be returned to a country where they face serious threats to their life or freedom.”

That means that a desperate Honduran family showing up at the U.S. border seeking refuge from violence, hurricanes, or extreme poverty cannot legally be either returned to Honduras or sent to “wait in Mexico” for a U.S. court date.

It is not only an international obligation that America signed up to but it is also U.S. domestic law too — specifically the Refugee Act of 1980 applying a quarantine regulation, Title 42, to unlawfully deport migrants even without any medical checks. The 1944 Public Health Service Act does not supersede other laws, nor allow for selective application based on immigration status.

Neither law lets governments avoid their obligations because of the pandemic using — in fact, the Refugee Act describes specific U.S. obligations to provide medical care to potential refugees. Today that should mean providing vaccines and testing, ensuring social distancing and masks, and avoiding the super-spreader environment of crowded detention facilities.

The real crisis is the hunger, violence, and climate catastrophes forcing people to leave their homes in the first place.

Opinion | Poor Nation's of the Earth Host Millions of Refugees as US Refuses to Host Just a Few Thousand (commondreams.org) 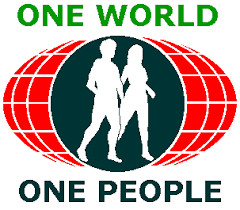