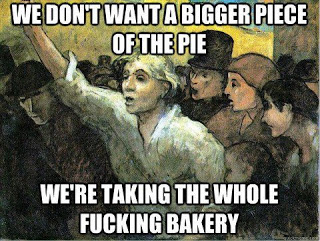 According to the World Food Programme (WFP) 690 million people do not have enough to eat. while130 million additional people risk being pushed to the brink of starvation by the end of the year. Hunger, as many experts have pointed out, is not because the world doesn’t produce enough food.

WFP Executive Director David Beasley told a meeting of the U.N. Security Council last April: “There are no famines yet. But I must warn you that if we don’t prepare and act now – to secure access, avoid funding shortfalls and disruptions to trade – we could be facing multiple famines of biblical proportions within a short few months.”

“Hunger is an outrage in a world of plenty. An empty stomach is a gaping hole in the heart of a society,” Secretary-General Antonio Guterres said last week pointing out that famine is looming in several countries. Guterres said he could have never imagined that hunger would rise again during his time in office as Secretary-General.

Danielle Nierenberg, President and Founder of Food Tank, told IPS, “Ironically, there will be record yields for many grains this year, but the disruptions in the supply chain caused by the pandemic as well as the global climate crisis and increasing conflict in several countries is leading to a hunger pandemic as well,” she pointed out. “We’ll need more than vaccines to make sure that food is considered a human right and that people around the globe have access to a living wage and safe, affordable, and accessible food,” she declared.

Abby Maxman, Oxfam America’s President & CEO, told IPS, “We’re hearing the same refrain all around the world – families are very worried as they are forced to make impossible decisions – do they risk catching the disease as they go out to earn money to buy food? Or stay home and watch their children go hungry?” Maxman told IPS the exciting news about vaccines is providing hope of getting out of this global nightmare, but the scientific breakthrough is only part of the equation. Equally important, she said, is making sure every single person on this planet can get it as soon as possible. But at the moment, rich countries, including the US, are already hoarding more than half of the vaccines to be developed by the companies with the leading five vaccine candidates. To protect everyone no matter their wealth or nationality, corporations with the leading candidates for an effective COVID-19 vaccine must commit to openly sharing their vaccine technology to enable billions of doses to be made as soon as possible at the lowest possible price, Maxman declared.

Maxman said: “The global food system is broken. We must rebuild a fairer, more resilient, and more sustainable food system”.

The fact that eight of the biggest food and drink companies paid out over $18 billion to shareholders even as the pandemic was spreading across the globe illustrates just how broken our food system is, she noted.

UN Warns of an Impending Famine With Millions in Danger of Starvation | Inter Press Service (ipsnews.net)

Posted by ajohnstone at 9:09 pm