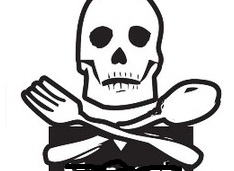 Having turkey? Four companies process over half of U.S. turkeys.

Bread with that? Two companies process half of U.S. wheat.

Wine to go with the meal? The top four winemakers control one-third of the U.S. Market, with E & J Gallo controlling over one quarter of the market alone.

The farmer who raised the turkey or who grew the wheat received only 15 cents of each dollar spent at the store.

Over the past two decades, farmers’ share of beef sales declined 8 percent, while the cost of ground beef surged 70 percent.

Instead of reaching farmers, the profits are lining the pockets of the handful of corporations.

The farmers who grow our food are literally going into debt to do so. The 2020 net farm income estimate was negative $1,840 — and this was before the COVID pandemic significantly disrupted corporate supply chains, forcing many farmers to cull animals or plow crops under because of a lack of processing capacity.

The food chain workers, from the farmworkers who pick produce to the workers in slaughterhouses across the country, risk their lives due to the COVID pandemic, forced to continue working despite enormous risk due to fear of losing their jobs, of company retaliation, or due to a lack of paid sick leave.

The food system has been shaped by corporations’ power and influence and the elected officials who do their bidding.

As We're Giving Thanks, Let's Resolve to Change Our Food System for the Better | Common Dreams Views