China’s retirement age has remained unchanged for more than four decades at 60 for men and 55 for female white-collar workers, even as life-expectancy has risen. In places like Japan and Taiwan, most men and women can retire and start drawing a pension at 65. The global average was 62.7 years for men and 61.3 years for women, according to an analysis of 70 countries by insurer Allianz SE.

Top among the complaints were from those closest to retiring, expressing anger over the prospect of delayed access to their pensions. Younger people argued that an increase in older workers would reduce their employment opportunities. 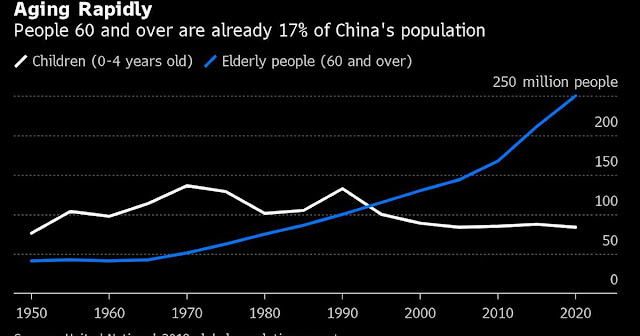 Posted by ajohnstone at 2:17 pm